An astronaut aboard the International Space Station focused near the Sun's reflection point to shoot this photograph of grid-patterned fish farms on the coast of China's northeast province of Liaoning. The aquaculture basins have been built out from the wooded coast to a distance of nearly 6 kilometers (4 miles). Fish farms have been constructed at many points along the provincial coastline, but this group of basins facing the Yellow Sea is the largest. (Liaoning Province is the sixth in China in terms of aquaculture production.)
The basins are built on shallow seabeds, mudflats, and bays.
Islands, such as the one at image center, often help anchor the construction of basins. Outer barriers protect the basins from winter storms. Water flow lines and a ship wake are visible near the river estuary.
Most aquaculture products are marketed live in China, with less than 5 percent processed for local or overseas markets.
Shellfish, a traditional marine food source, still dominates the marine species production (77 percent), with sea fish a distant second (5 percent).
About 4.3 million people are involved in freshwater and marine fish production in China (as of 2007).
Click here to view another high-contrast astronaut photograph of fish farms near the Nile Delta.
Astronaut photograph ISS044-E-89407 was acquired on September 6, 2015, with a Nikon D4 digital camera using an 1150 millimeter lens, and is provided by the ISS Crew Earth Observations Facility and the Earth Science and Remote Sensing Unit, Johnson Space Center. The image was taken by a member of the Expedition 44 crew. The image has been cropped and enhanced to improve contrast, and lens artifacts have been removed. The International Space Station Program supports the laboratory as part of the ISS National Lab to help astronauts take pictures of Earth that will be of the greatest value to scientists and the public, and to make those images freely available on the Internet. Additional images taken by astronauts and 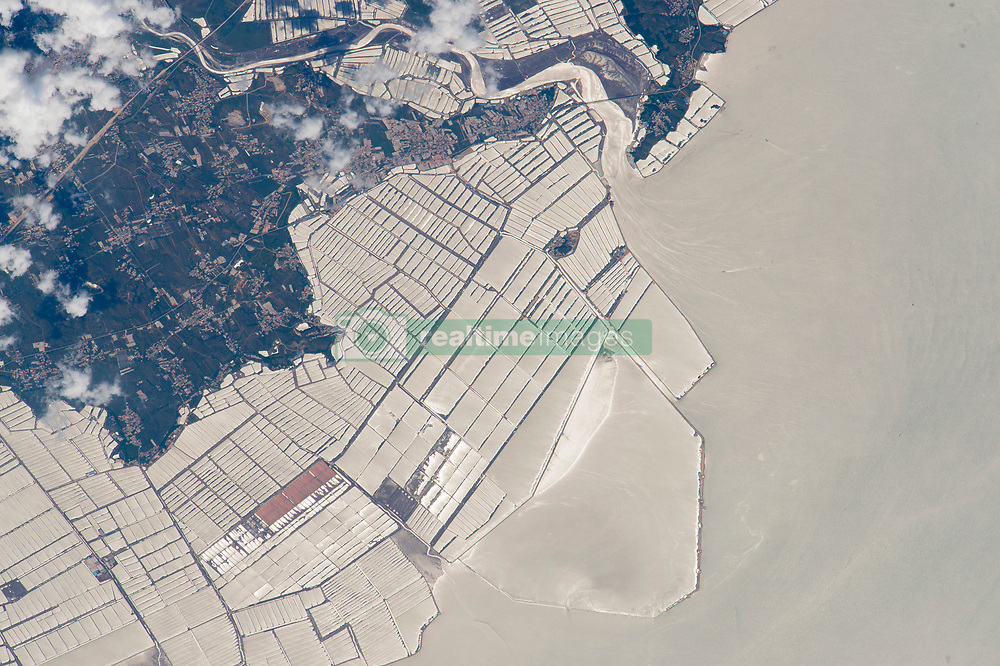