September 4, 2017 - Medan, North Sumatra, Indonesia - Ethnic-Chinese Indonesians prepare offerings for the souls of their ancestors during the ''Hungry Ghost Festival'' at Gunung Timur Temple, in Medan on September 4, 2017, North Sumatra, Indonesia. According to the Chinese tradition, the seventh month of the Chinese lunar calendar is called the Ghost Moon where ghosts and spirits are believed to be out of hell to visit the earth during festivals, Chinese give food offerings, ''hell money'' and paper-made models house, to be burned to calm the wandering spirit. (Credit Image: © Ivan Damanik via ZUMA Wire) 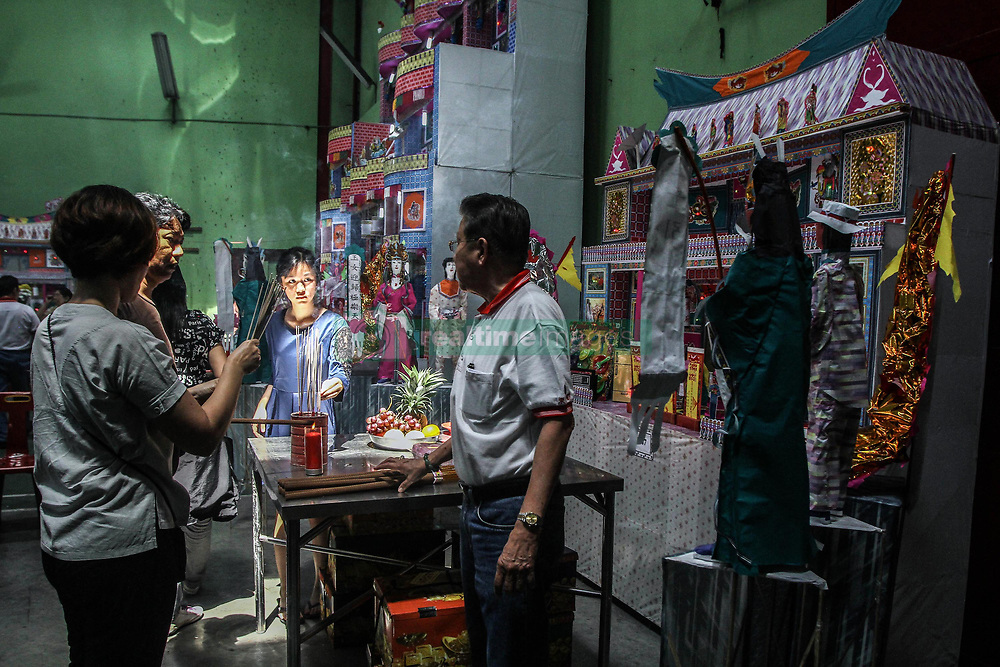