October 5, 2018 - Chernobyl, Ukraine - Visitors walk by the photovoltaic panels during an official opening ceremony of the new one-megawatt solar power plant ''Solar Chernobyl'' next to the New Safe Confinement over the 4th block of the Chernobyl nuclear plant in Ukraine, on 05 October, 2018. Ukraine on Friday launched its first solar plant in the abandoned area around its former Chernobyl power station, the scene of the worst nuclear disaster in the world. The new plant has about 3,800 photovoltaic panels installed across an area of 1.6 hectares just a hundred metres from a giant metal dome sealing the remains the Chernobyl accident on 26 April 1986. (Credit Image: © Str/NurPhoto/ZUMA Press) 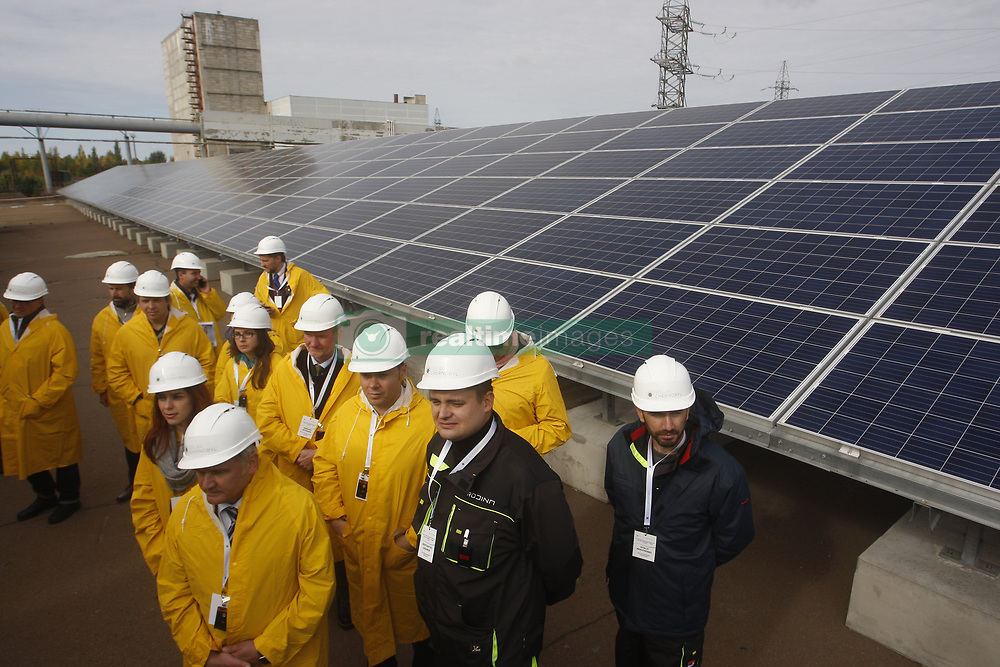