An excavator at the scene after a raid on 350 million of diamonds on show at the Millennium Dome in SE London. Six people were arrested, including four in the Money zone vault, and two by the River Thames, where the robbers had a powerboat. *... waiting to speed them from the scene. In scenes reminiscent of the James Bond film The World is Not Enough, the raiders used a bulldozer to break into the Dome. Had it been successful, it would have been the world's largest ever robbery. 18/02/02 Four men were found guilty at the Old Bailey in London of plotting to carry out the robbery. 21/01/04: Three appeal judges were hearing legal challenges by three of the men found guilty of plotting to carry out what would have been the biggest robbery in UK history, the planned snatch of 200 million worth of diamonds from the Millennium Dome. 23/03/04: The JCB digger used in the infamous attempt to steal diamonds worth 200 million from the Millennium Dome was being sold at auction. Brisk bidding is expected for the 1992 3CX Sitemaster Backhoe Loader - which still bears the "scars" of the doomed heist - when it goes under the hammer at JCB's headquarters in Rocester, Staffordshire. 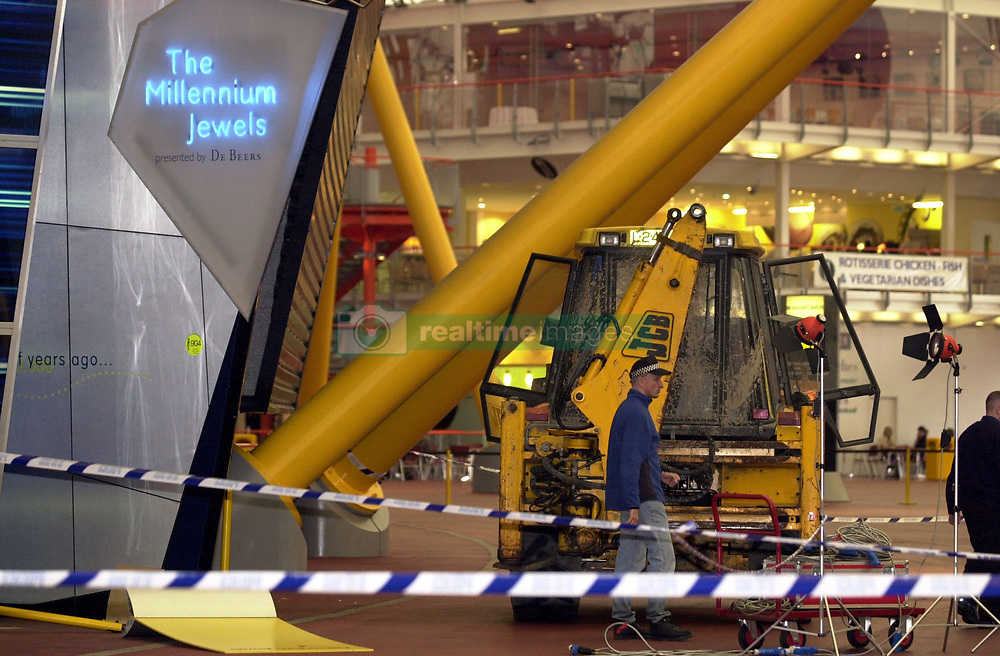