Rail tracks leading to the platform where the selection process took place at the Auschwitz-Birkenau Nazi concentration camps in Auschwitz, Poland on September 3, 2017. Auschwitz concentration camp was a network of German Nazi concentration camps and extermination camps built and operated by the Third Reich in Polish areas annexed by Nazi Germany during WWII. It consisted of Auschwitz I (the original camp), Auschwitz IIBirkenau (a combination concentration/extermination camp), Auschwitz IIMonowitz (a labor camp to staff an IG Farben factory), and 45 satellite camps. In September 1941, Auschwitz IIBirkenau went on to become a major site of the Nazi Final Solution to the Jewish Question. From early 1942 until late 1944, transport trains delivered Jews to the camp's gas chambers from all over German-occupied Europe, where they were killed en masse with the pesticide Zyklon B. An estimated 1.3 million people were sent to the camp, of whom at least 1.1 million died. Around 90 percent of those killed were Jewish; approximately 1 in 6 Jews killed in the Holocaust died at the camp. Others deported to Auschwitz included 150,000 Poles, 23,000 Romani and Sinti, 15,000 Soviet prisoners of war, 400 Jehovah's Witnesses, and tens of thousands of others of diverse nationalities, including an unknown number of homosexuals. Many of those not killed in the gas chambers died of starvation, forced labor, infectious diseases, individual executions, and medical experiments. In 1947, Poland founded a museum on the site of Auschwitz I and II, and in 1979, it was named a UNESCO World Heritage Site. Photo by Somer/ABACAPRESS.COM 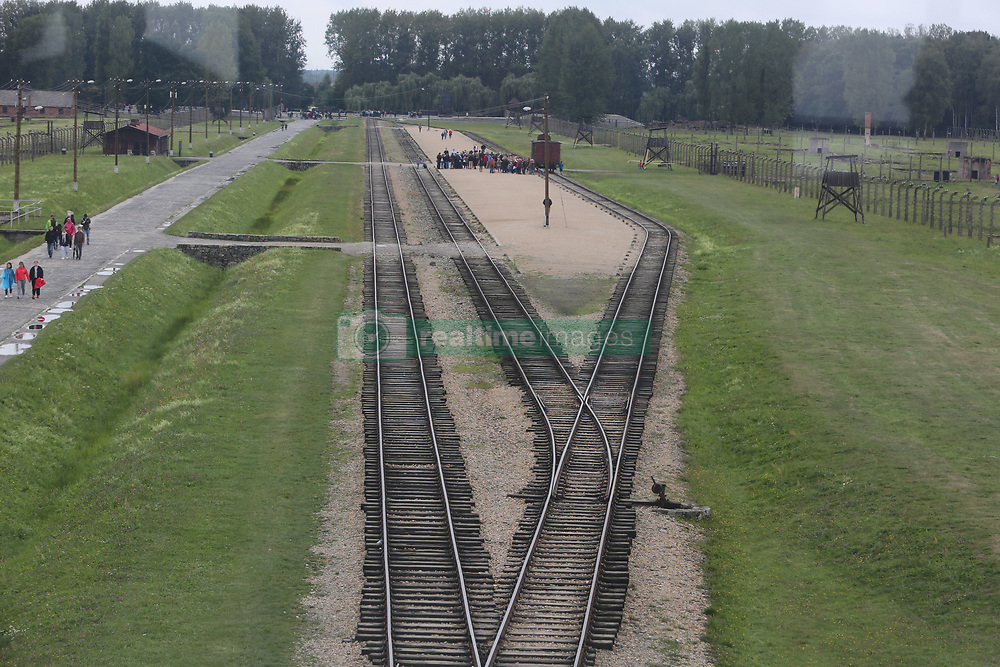