May 30, 2017 - FILE PHOTO - Former Nicaraguan Dictator MANUEL NORIEGA has died at the age of 83. Manuel Antonio Noriega Moreno (February 11, 1934 to May 29, 2017) was a Panamanian politician and military officer. He was military dictator of Panama from 1983 to 1989, when he was removed from power by the United States during the invasion of Panama. Noriega was also a major arms and cocaine trafficker who worked with the CIA. PICTURED: 1988 - Panama City, Panama - Panamanian dictator Manuel Noriega reaches out to flag-waving supporters as body guards watch at a rally outside of Panama City. (Credit Image: © David Walters/TNS via ZUMA Wire) 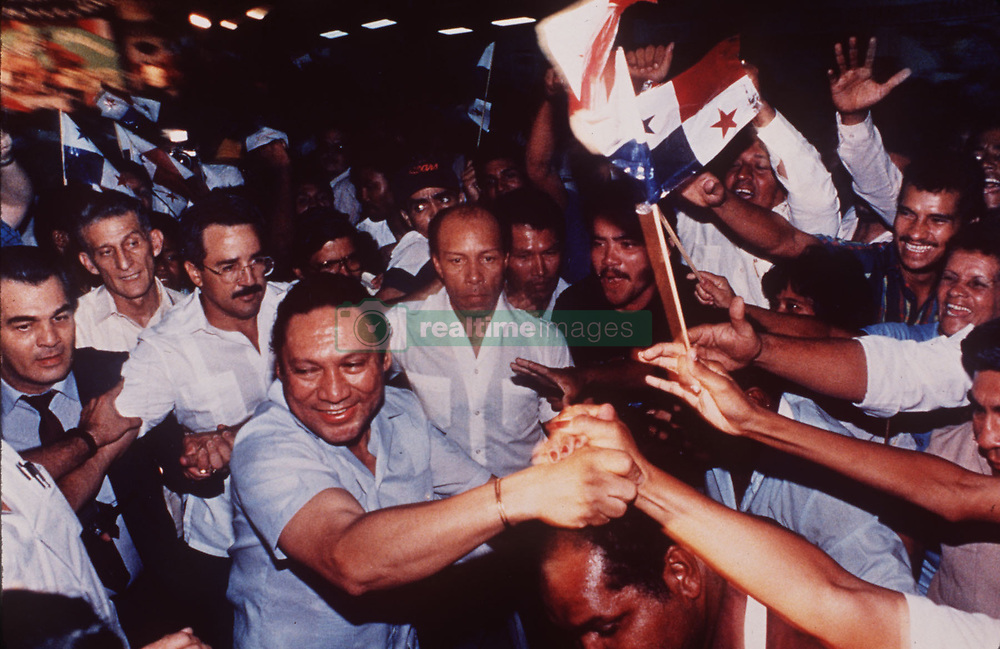