November 16, 2018 - Washington, District of Columbia, U.S. - United States President Donald J. Trump awards the Presidential Medal of Freedom to US Senator Orrin Hatch (Republican of Utah) during a ceremony in the East Room of the White House in Washington, DC on Friday, November 16, 2018. The award is the nation's highest civilian honor and is awarded by the President to individuals who made meritorious contributions to the United States (Credit Image: © Ron Sachs/CNP via ZUMA Wire) 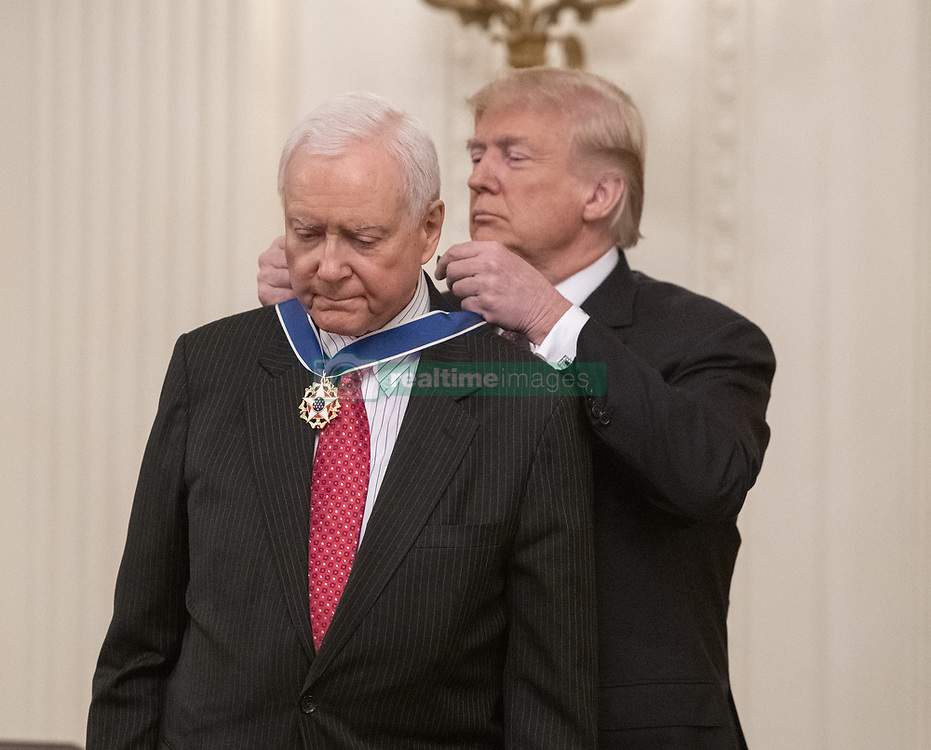