PICTURE SHOWS: A member of the NASA Mars Rover team working from home 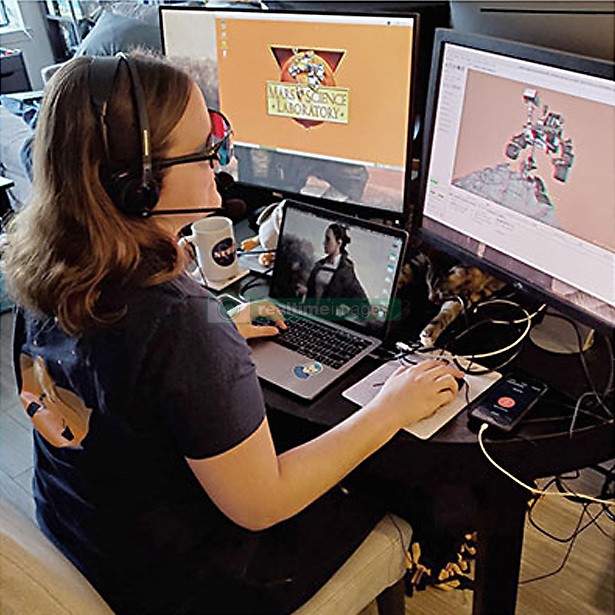