October 8, 2018 - A day of voluntary olive picking near the settlement of Rahalim on an olive field part of the As-Sawiya Palestinian town, south of Nablus, in the presence of the Committee Against the Wall and Settlements, the Nablus governor and the British consul. Palestinian farmers usually need special permits to access their olive fields in the proximity of Israeli settlements, and sometimes they are even banned from them. Voluntary days of olive harvesting provide support and protections to these farmers when attending their fields and reduce the harassment from the Israeli army and settlers. Olives are a main source of income to hundreds of Palestinian families and being able to attend their fields is extremely important to them. A part from the continuous uprooting of olive trees and destruction of olive fields to make space to Israeli settlements and their expansion, to settlements roads, Israeli military zones, and the â€œsecurity wallâ€, farmers in the West Bank have also witnessed several incidents of crop theft, olive trees chopping, harassment, and physical attacks by Israeli settlers. The Palestinian authority has no jurisdiction over Israelis in the West Bank, which means that it canâ€™t prosecute Israeli settlers whose attacks often occur in the presence of Israeli military forces and are usually met with impunity (Credit Image: © Mohammed Turabi/IMAGESLIVE via ZUMA Wire) 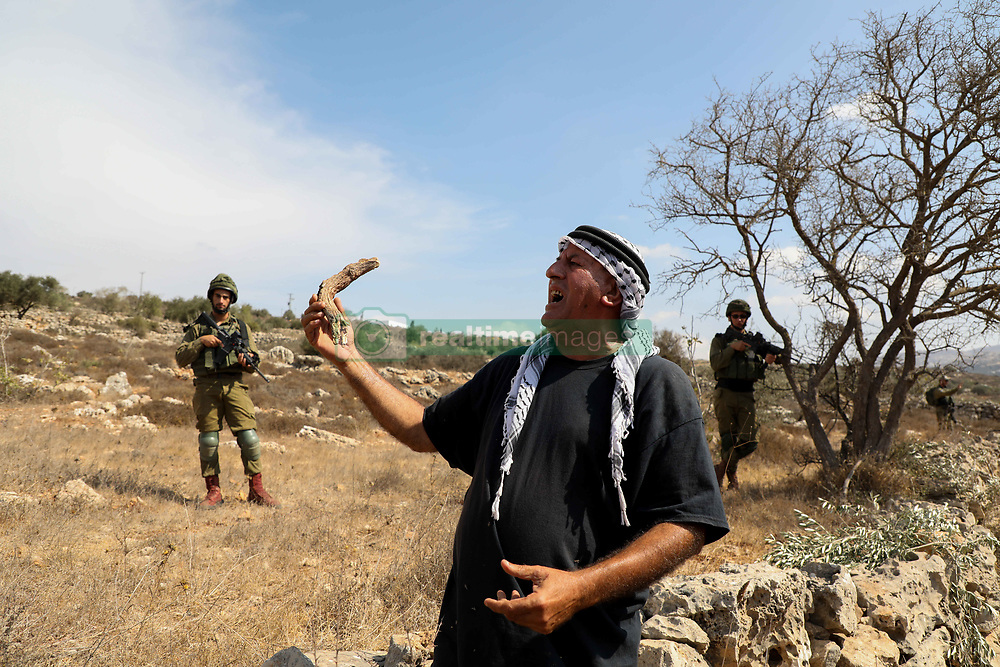