August 12, 2017 - Charlottesville, Virginia, United States - On Saturday, August 12, 2017, a veritable who's who of white supremacist groups clashed with hundreds of counter-protesters during the ''Unite The Right'' rally in Charlottesville, Va. Dozens were injured in skirmishes and many others after a white nationalist plowed his sports car into a throng of protesters. One counter-protester died after being struck by the vehicle. The driver of the car was caught fleeing the scene and the Governor of Virginia issued a state of emergency. (Credit Image: © Michael Nigro/Pacific Press via ZUMA Wire) 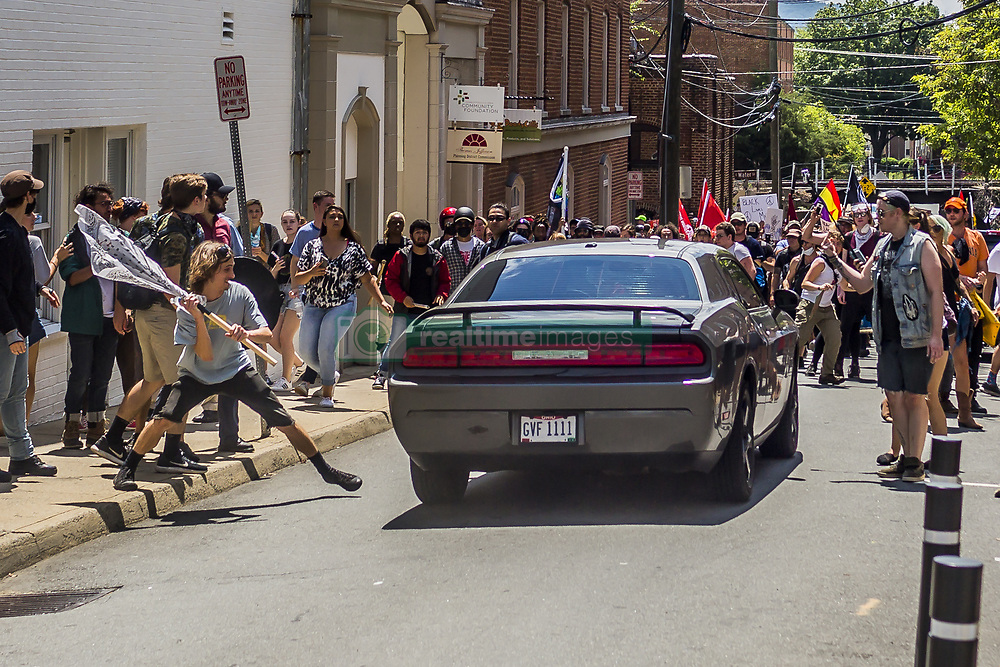