August 29, 2017 - St. Petersburg, Florida, U.S. - WILL VRAGOVIC | Times.Katie Churchwell, 32, of St. Petersburg, holds a sign with her daughter, Addison 4, while her son, Crawford, 3, and husband, Logan, 30, look on in the Rotunda at Gate 1 at Tropicana Field in St. Petersburg, Fla. on Tuesday, Aug. 29, 2017. The Churchwells moved to St. Petersburg from Houston almost exactly one year ago. Katie is an Episcopal minister, and has been in touch with people from the church where she used to serve on the north side of Houston. ''Almost every single one of my parishioners has their house flooded and are out of their homes,'' she said. (Credit Image: © Will Vragovic/Tampa Bay Times via ZUMA Wire) 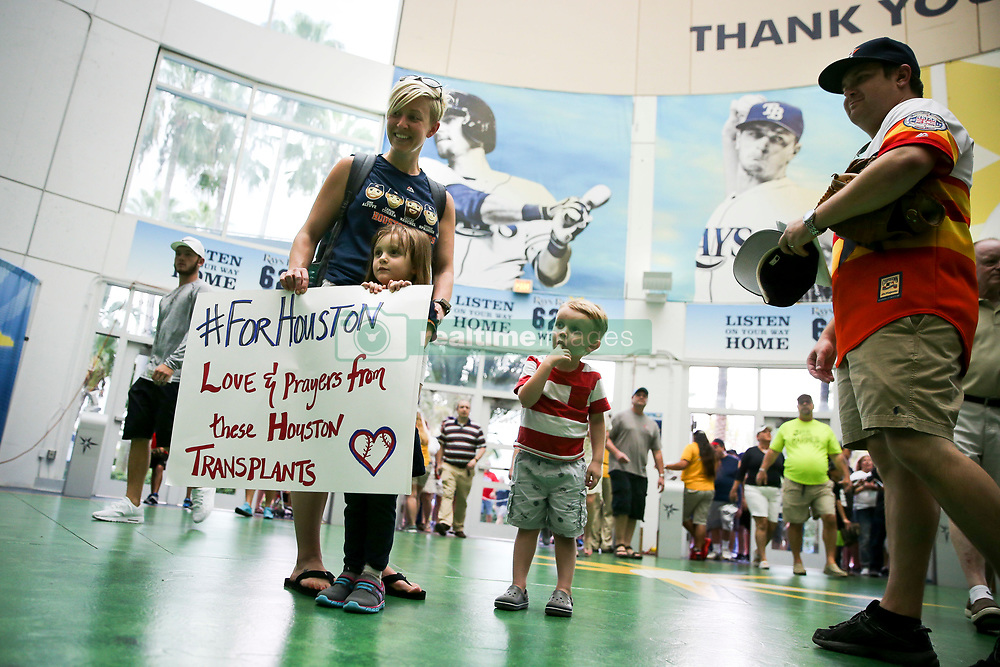