August 22, 2017 - Kolkata, India - Indian Muslim women walks through the market after the historical judgement of Supreme Court on Triple Talaq has been declared unconstitutional on Tuesday, 22nd August, 2017 in Kolkata , India. In a landmark 3-2 verdict, the Supreme Court â€œset asideâ€ the centuries-old practice of instant triple talaq or â€œtalaq-e-biddatâ€ in which Muslim men divorce their wives by uttering Talaq three times in quick succession. The Supreme Court by a majority verdict ruled that the practice of divorce through triple talaq among Muslims is ''void'', ''illegal'' and ''unconstitutional''. The apex court by 3:2 verdict held that the triple talaq is against the basic tenets of Quran. Over a million Muslims from across India, the majority of them women, have signed a petition to end the controversial divorce practice of triple talaq. (Credit Image: © Sonali Pal Chaudhury/NurPhoto via ZUMA Press) 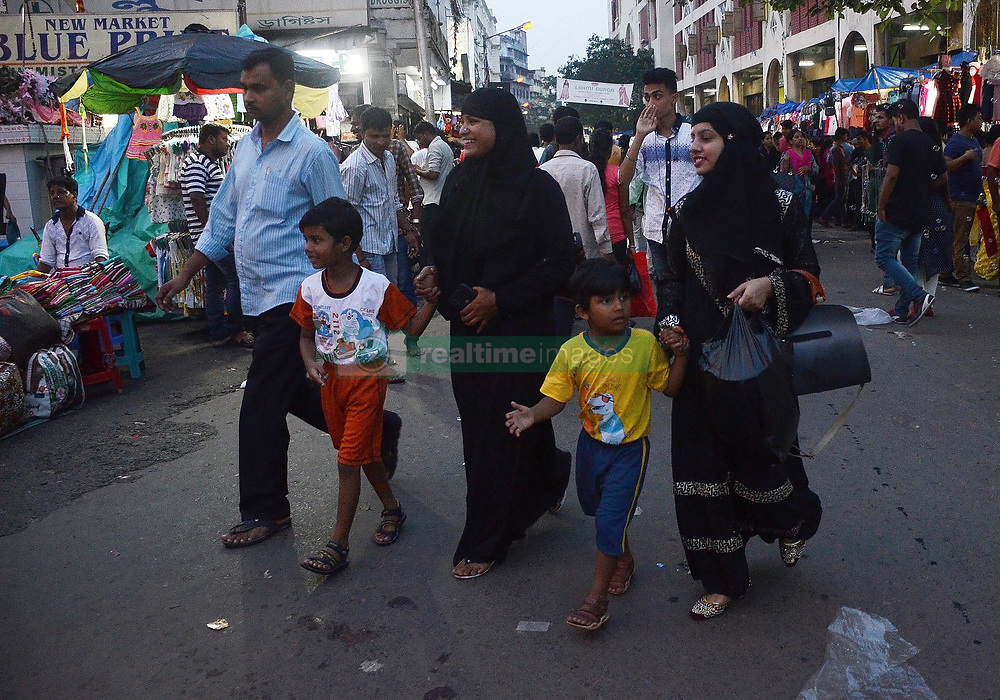