OSAMA BIN LADEN (March 10, 1957 - May 1, 2011), was a member of a wealthy Saudi family and the founder of the jihadist terrorist organization al-Qaeda, responsible for the September 11th 2001 attacks on the U.S. Killed in Abbottabad, Pakistan by American military forces. ..PICTURED: .Sept. 11, 2001 - New York, New York, U.S. - People are in shock and disoriented in the dark near the World Trade Center, Tuesday September 11th 2001. In the most horrifying attacks ever against the United States, terrorists crashed two airliners into the World Trade center in a deadly series of blows that brought down the twin 110-story towers. (Credit Image: © Gulnara Samoilova/ZUMAPRESS.com) 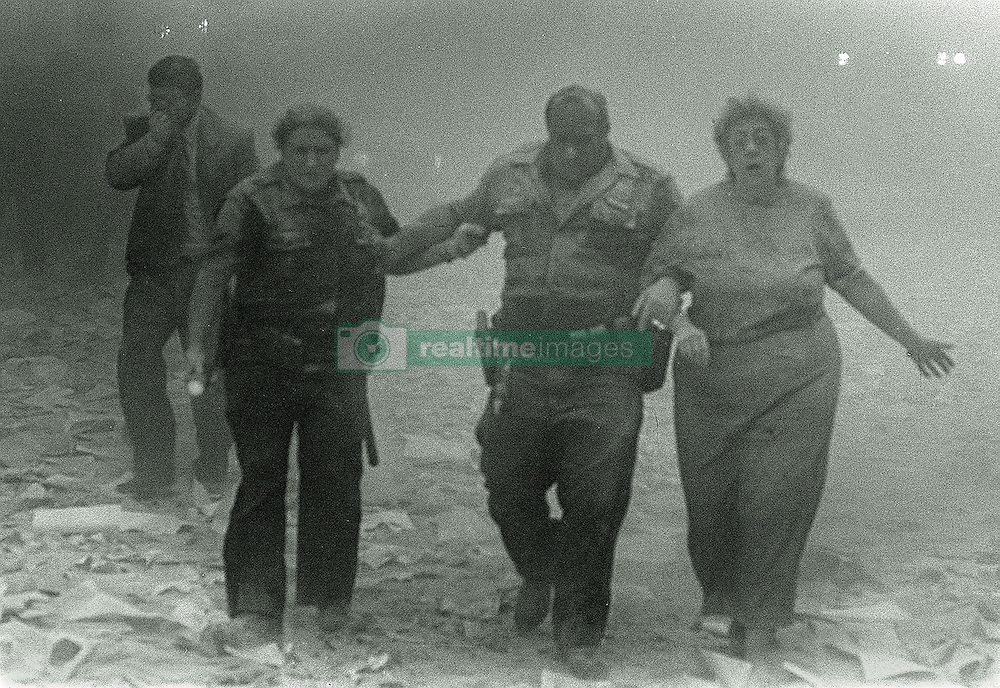