Fire Broke Out At Medical College In Kolkata

October 3, 2018 - Kolkata, West Bengal, India - Fire broke out at Medical College and Hospital in Kolkata on October 03,20128 at 8 A.M.. Ten fire tenders have been rushed to the spot to douse the fire. No casualty has been reported as of now and at least 350 people have been evacuated and are being moved to different blocks.The fire broke out at the Department of Pharmacy early this morning. Local media footage showed few of the patients being taken out of the building with their saline drips. Few of them could also be seen lying on the floor waiting for help.A disaster management team of the Kolkata Police, fire officials and senior officials are on the spot. (Credit Image: © Debajyoti Chakraborty/NurPhoto/ZUMA Press) 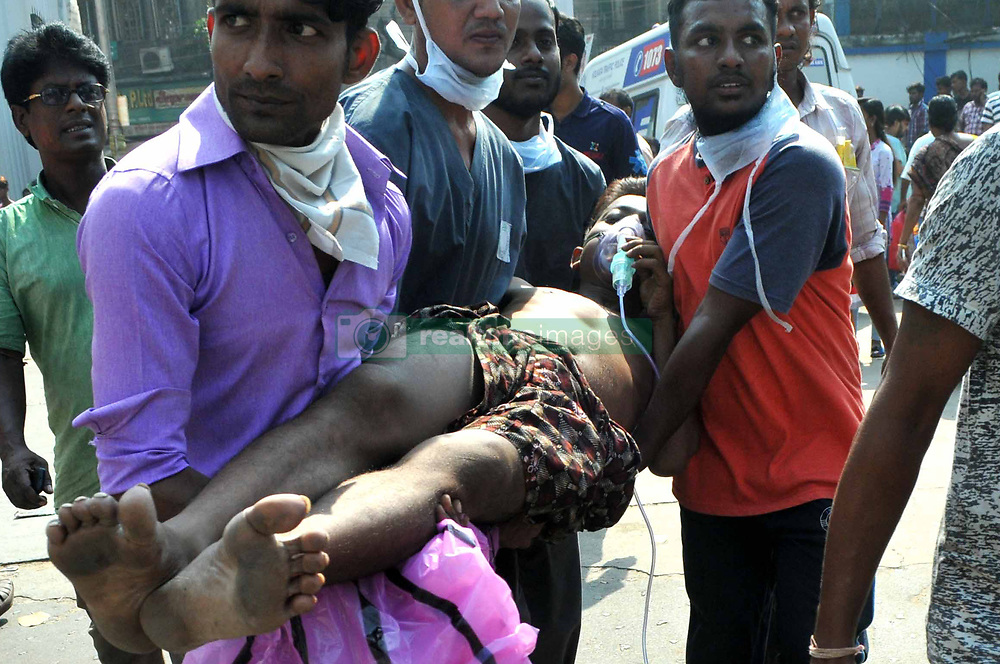