October 14, 2016 - Bangkok, Bangkok, Thailand - GENERAL PRAYUTH CHAN-O-CHA, The Prime Minister of Thailand, leaves the Sahathai Samakom Pavilion at the Grand Palace after paying respects to Bhumibol Adulyadej, the King of Thailand, who died Oct. 13, 2016. He was 88. His death comes after a period of failing health. Prayuth organized the coup that deposed Yingluck Shinawatra. With the king's death, the world's longest-reigning monarch is Queen Elizabeth II, who ascended to the British throne in 1952. Bhumibol Adulyadej, was born in Cambridge, MA, on 5 December 1927. He was the ninth monarch of Thailand from the Chakri Dynasty and is known as Rama IX. He became King on June 9, 1946 and served as King of Thailand for 70 years, 126 days. He was, at the time of his death, the world's longest-serving head of state and the longest-reigning monarch in Thai history. (Credit Image: © Jack Kurtz via ZUMA Wire) 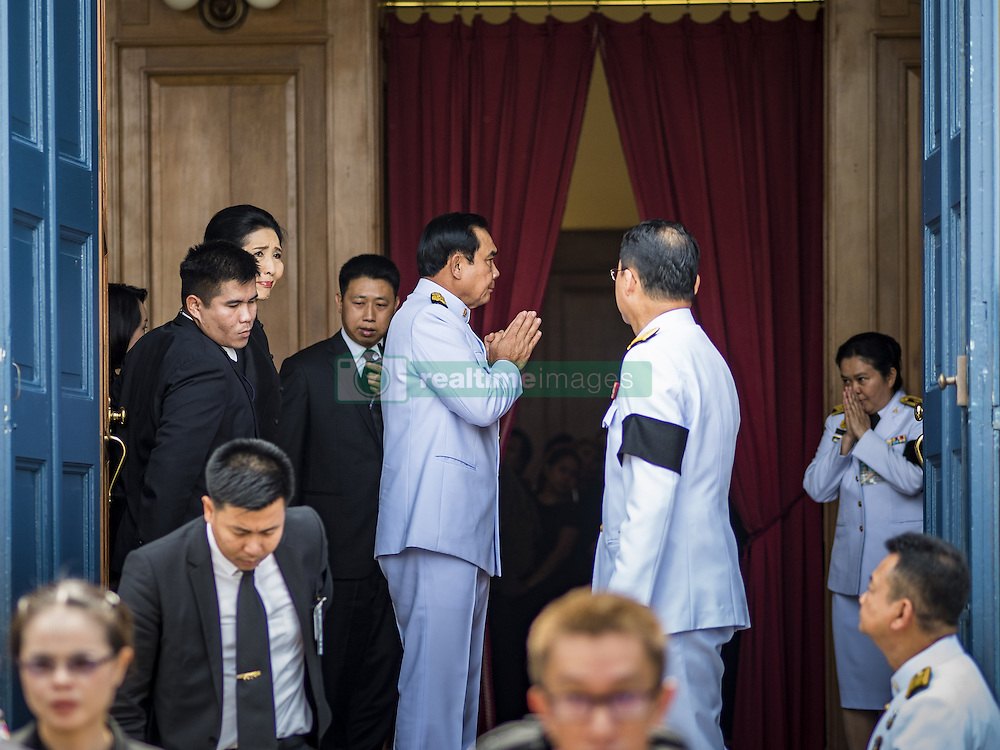