Madonna ariving at the Empire Leicester Square for the British premiere of the film Evita. The American singer takes the lead role of Eva Peron in Alan Parker's film adaptation of the Lloyd Webber/Rice musical. * 19/12/1996 of singer Madonna. 3/11/01: Queen of pop Madonna has taken Harry Potter author JK Rowling's crown as the country's highest earning woman, it was revealed. The Material Girl has qualified for the Sunday Times Pay List for the first time since marrying Guy Ritchie because the UK has become her main residence. In the past year she earned 30 million, compared with JK Rowling's 24.8m and the Queen's 15.2m income from the civil list and privy purse. Heading the top 500 once again is motor-racing supremo Bernie Ecclestone who raked in 788m which he primarily gained through selling a 25% share in Formula One racing. This was up 171 million from his last year's earnings of 617 million which he gained after selling 50% of the company. Ecclestone still owns 25% of the business and will stay in charge until the end of the 2007 season. *08/12/01 Pop superstar Madonna will tomorrow, Sunday 9th December 2001, add her razzmatazz to the UK art world's premier celebration as she hands over the Turner Prize. The chart queen - a keen art collector - will join artists and leading figures at the ceremony at the Tate Britain gallery in London.Installation artist Mike Nelson is the bookies' favourite to take the prize. The Turner was established in 1984 and offers a prize of 20,000 to an artist under 50 for an "outstanding exhibition or other presentation of their work". 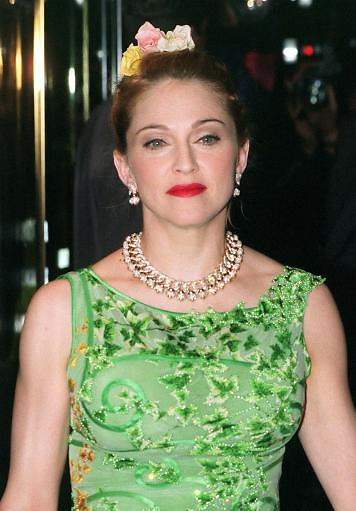