May 24, 2019 - Fort Lauderdale, Florida, United States Of America - FORT LAUDERDALE, FL - MAY 24: Hamid Ould-Rouis who was 58 years old was killed after being shot by law enforcement officers. A U.S. Marshal said the suspect was wanted for attempted murder. When he exited his vehicle in the parking lot, he was holding a gun That was when members of the task force shot and killed him in the parking lot. The shooters Vehicle a VW was then removed from the mosque with shot out windows. Fireman than hosed down the driveway where the gunman was killed on May 24, 2019 at the Masjid Al-Iman mosque in Fort Lauderdale, Florida...People: Hamid Ould-Rouis (Credit Image: © SMG via ZUMA Wire) 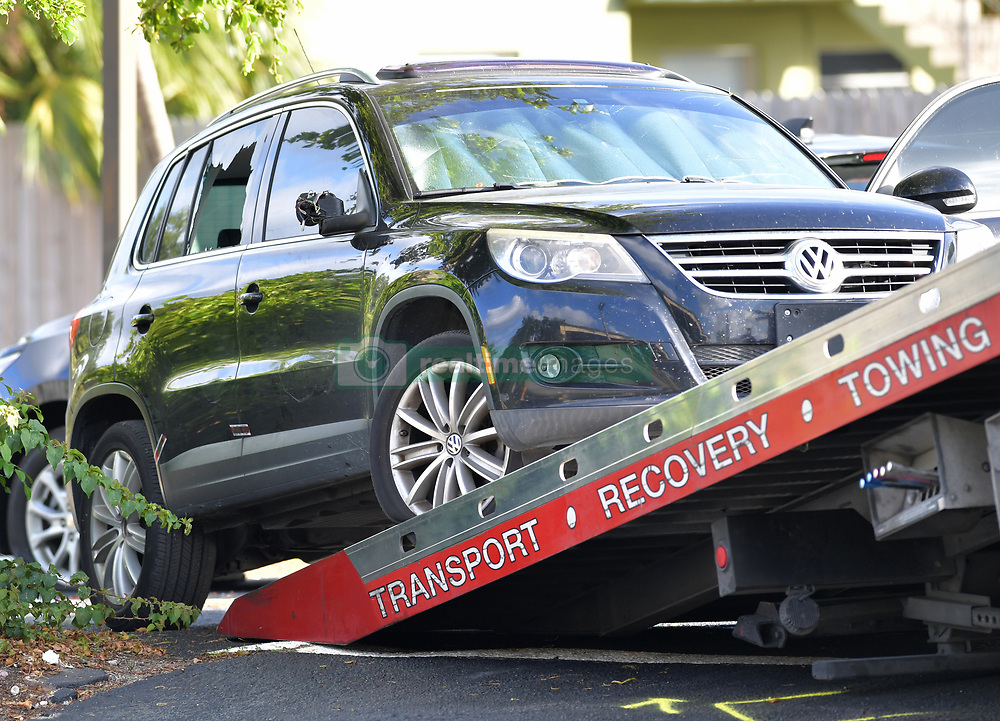