People dressed in white gather around the make shift memorial as they attend a minute of silence held for the victims of the Bastille Day attack in the city of Nice, southeastern France, on August 07, 2016. Eighty-five people were killed and many were wounded after a jihadist ploughed a 19-tonne truck into a massive crowd celebrating Bastille Day, killing 85 people and wounding more than 400 others along the famous Promenade des Anglais during the July 14 celebrations. Photo by Pierre Rousseau/Cit'images/ABACAPRESS.COM 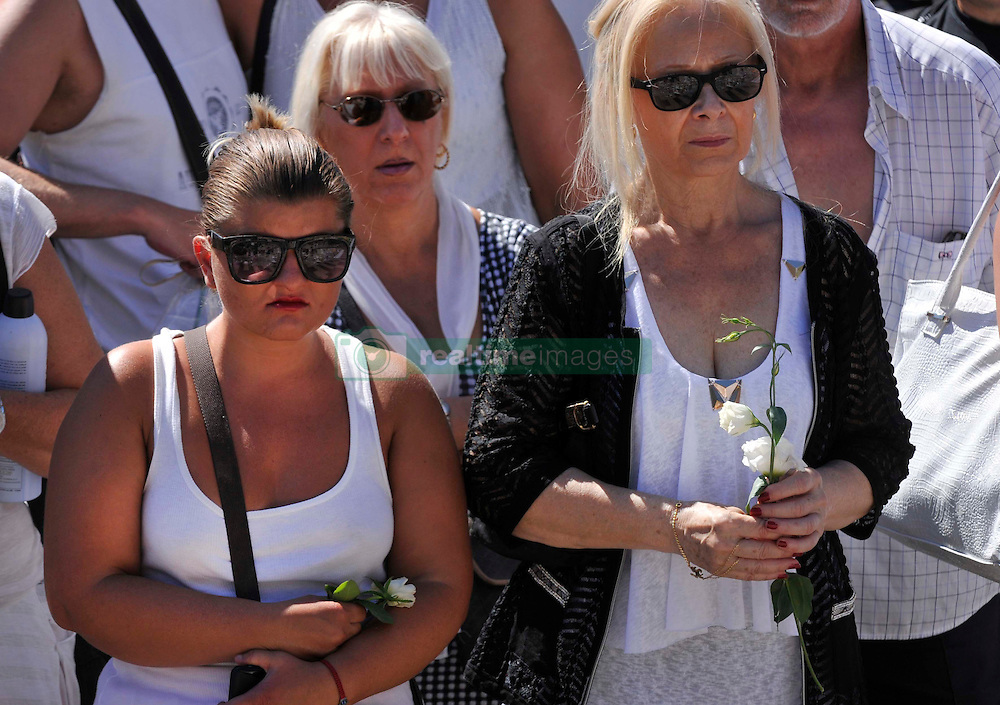