The Bailey's Beads effect is seen as the moon makes its final move over the sun during the total solar eclipse on Monday, August 21, 2017 above Madras, Oregon. A total solar eclipse swept across a narrow portion of the contiguous United States from Lincoln Beach, Oregon to Charleston, South Carolina. A partial solar eclipse was visible across the entire North American continent along with parts of South America, Africa, and Europe. Photo Credit: (NASA/Aubrey Gemignani) 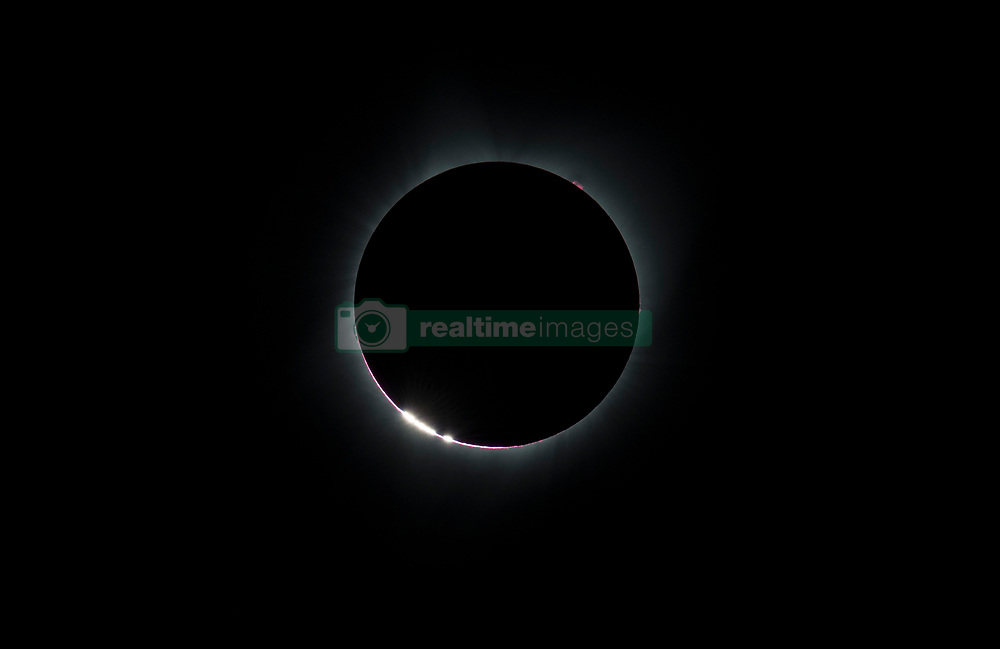