Vatican: Swearing in ceremony of the Swiss guards

May 6, 2017 - Vatican City, Vatican - New Vatican Swiss Guards wear their uniforms and armors prior to a swearing in ceremony for the new 40 Swiss Guards recruits in San Damaso Courtyard in Vatican City, Vatican. The annual swearing in ceremony, to protect pope Francis and his successors, for the new papal Swiss Guards takes place on May 6 commemorating the 147 soldiers of the Corps who died defending Pope Clement VII during the assault of the Lanzichenecchi mercenaries, the Sack of Rome, on May 6th 1527. (Credit Image: © Giuseppe Ciccia/Pacific Press via ZUMA Wire) 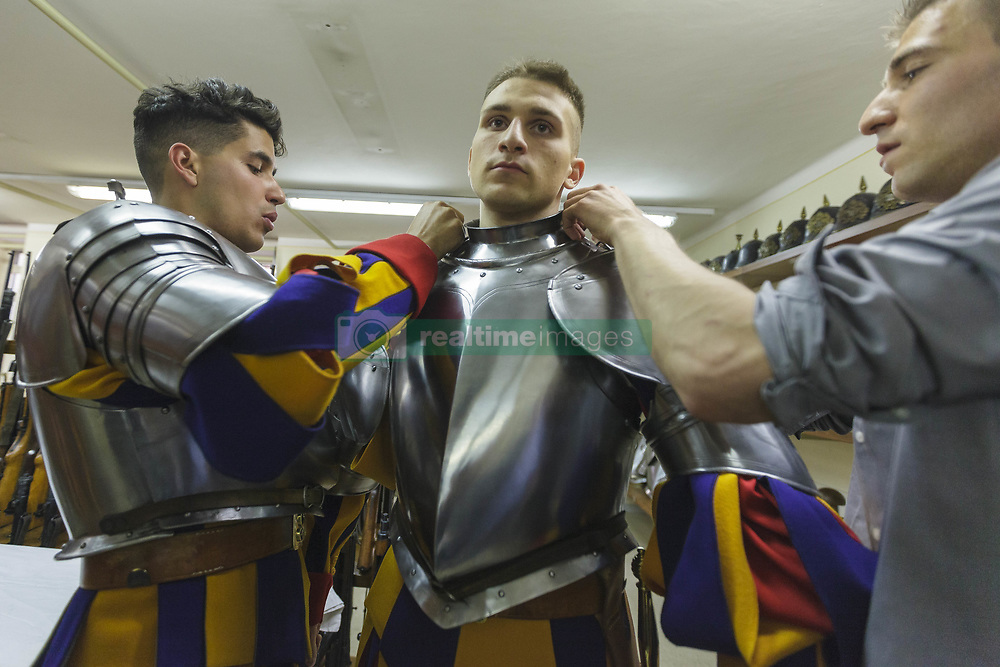