Dozens of Palestinian protesters are injured in northern Gaza clashes

October 8, 2018 - Dozens of Palestinian demonstrators are injured by Israeli live ammunition and tear gas during clashes with Israeli military forces along the northern Gaza Strip near the beach of Zakim. Some Palestinian protesters burned tyres and threw rocks towards the Israeli troops on the other side of the fence, and according to the Israeli army some explosive devices were also hurled in the direction of the fence. Protesters were calling for the lift of the air, land and water blockade imposed by Israel on the Palestinian enclave since 2007 when Hamas took power in Gaza after winning the elections. Israel maintains that the blockade, which has also been enforced by Egypt, is a necessary measure to prevent Hamas and other militant groups in Gaza to arm or build military infrastructure. Yet, the World Bank has openly stated that Gazaâ€™s economy is on the brink of collapse with the blockade playing a big part in that (Credit Image: © Ahmad Hasaballah/IMAGESLIVE via ZUMA Wire) 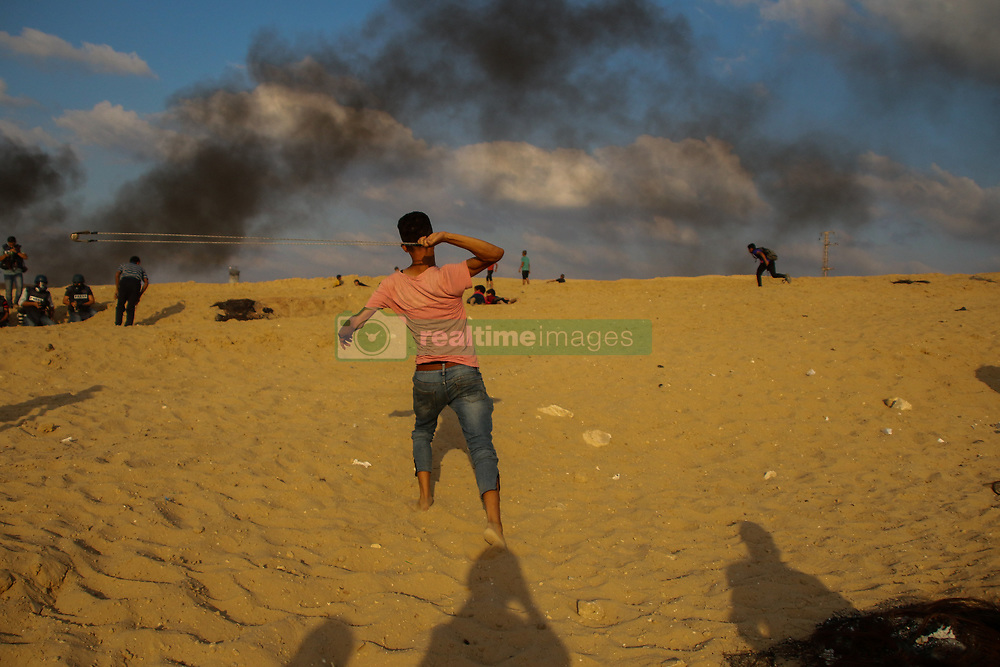