June 13, 2017 - FILE PHOTO - Italian-German actress and model ANITA PALLENBERG (born January 25, 1944 died June 13, 2017) has died at 73. A style icon and 'It Girl' of the 1960s and '70s, Pallenberg was credited as the muse of The Rolling Stones; she was the romantic partner of multi-instrumentalist and guitarist B. Jones, and later, from 1967 to 1980, the partner of Stones guitarist K. Richards, with whom she had three children. Pictured: Dec. 3, 1966 - London, England, U.K. - Rolling Stones guitarist BRIAN JONES with girlfriend ANITA PALLENBERG at Heathrow Airport. Little did the Rolling Stones know how apt their name - inspired by the title of a Muddy Waters song, 'Rollin' Stone' - would turn out to be. Formed in 1962, they are the longest-lived continuously active group in rock and roll history. (Credit Image: © Keystone Press Agency/Keystone USA via ZUMAPRESS.com) 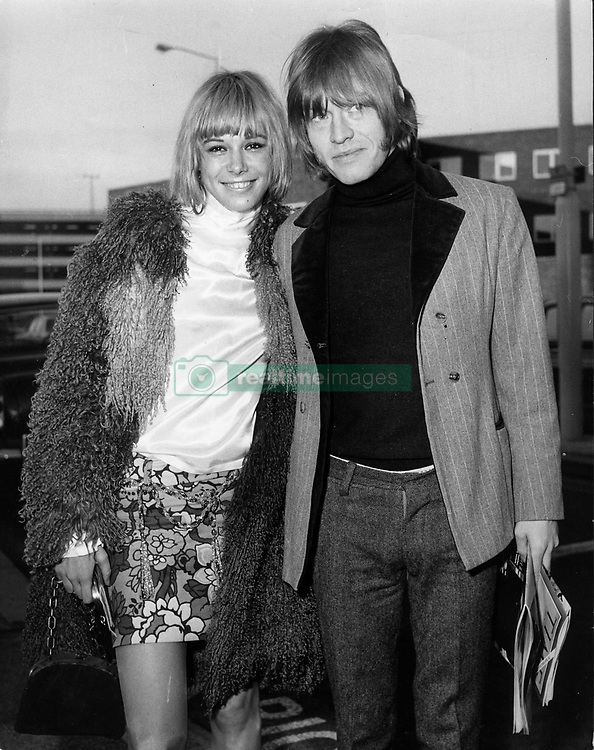