The scene inside the Millennium Dome in SE London after the foiled raid by thieves on a display of diamonds worth 350 million. It would have been the world's largest robbery. More than 100 police officers were waiting for the robbers. *... who had broken in using a mechanical excavator and planned to escape using a powerboat on the Thames, and arrested six men. Police had been on standby for the raid at least 24 times, and had replaced the diamond with fakes. 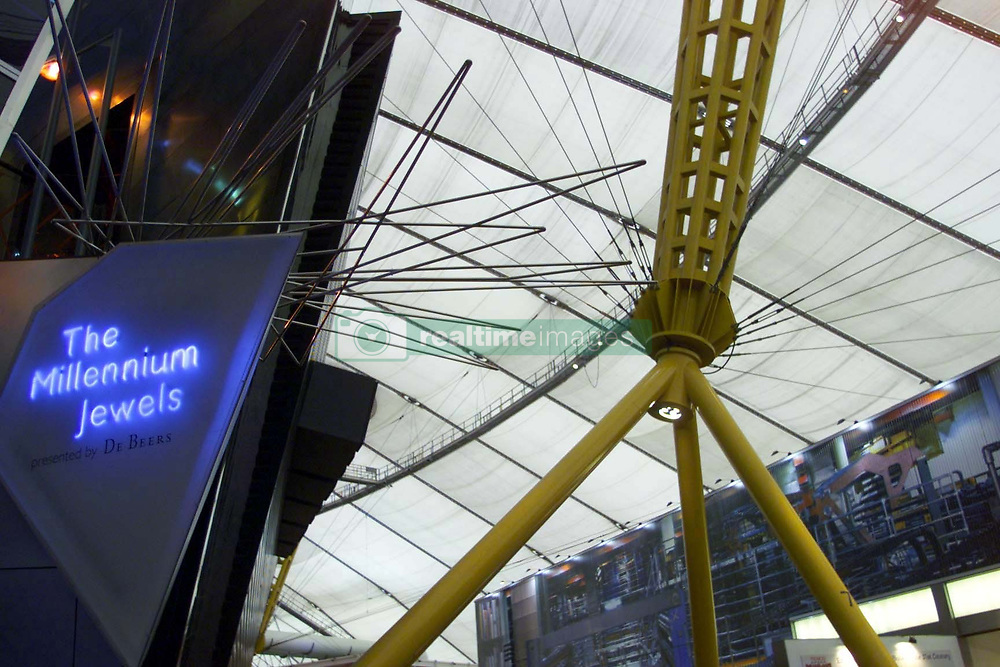