The shattered case containing the Millennium Star diamond after the raid on the Millennium Dome November 2000. The actual diamond had been substituted for a replica ahead of the attack. Four men were found guilty at the Old Bailey in London of plotting to carry out the robbery. 21/01/04: The Court of Appeal was today hearing legal challenges by three of the men found guilty of plotting to carry out what would have been the biggest robbery in UK history, the planned snatch of 200 million worth of diamonds from the Millennium Dome. 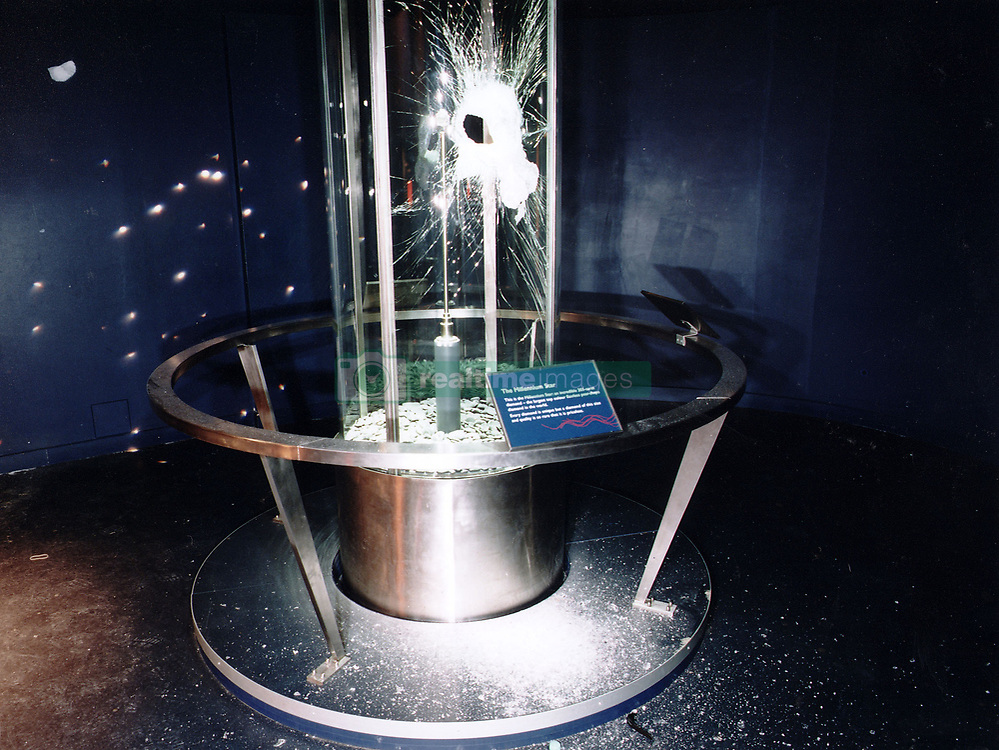