People dressed in white gather around the make shift memorial as they attend a minute of silence held for the victims of the Bastille Day attack in the city of Nice, southeastern France, on August 07, 2016. Eighty-five people were killed and many were wounded after a jihadist ploughed a 19-tonne truck into a massive crowd celebrating Bastille Day, killing 85 people and wounding more than 400 others along the famous Promenade des Anglais during the July 14 celebrations. 85 balloons and 85 stars were stick in homage to 85 victims. A banner reading 'ce Putain de camion' ("Damn Truck" - title is a French song, singer Renaud dedicated the song to his friend and fellow actor Coluche who died on 19 June 1986 in a motorbike accident with a truck between) Photo by Pierre Rousseau/Cit'images/ABACAPRESS.COM 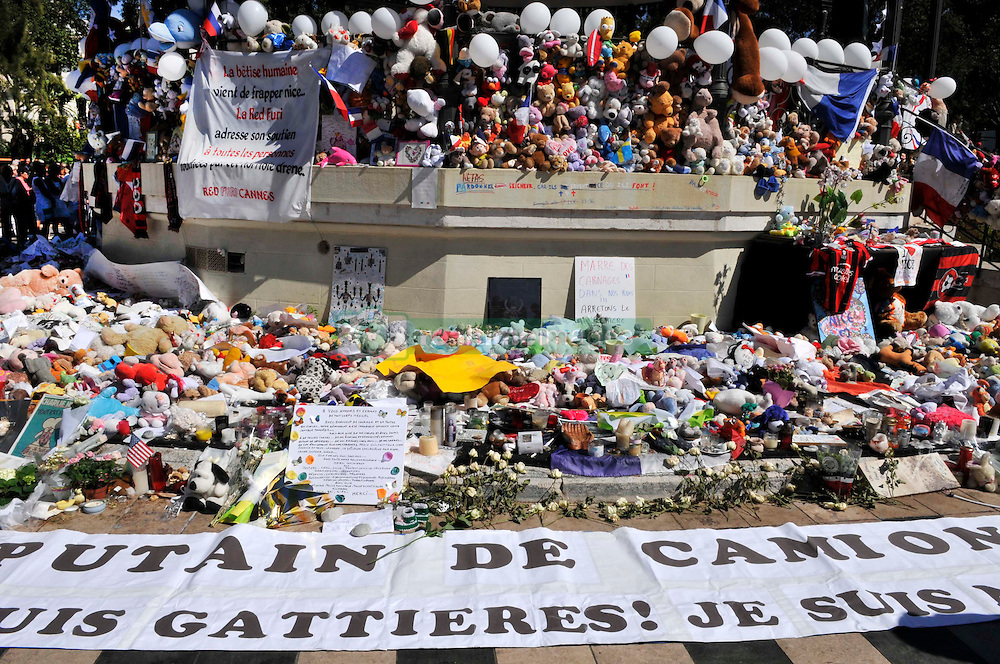