Girl's body found in a box under neighbour's bed in India

April 26, 2017 - KARNATAKA, INDIA - KARNATAKA, INDIA - APRIL, 24, 2017: Decomposed body of six-year-old girl Harshita under the bed after being allegedly raped and murdered by her neighbour Anil, 30, a labourer, in Veerabhadra Nagar in Bengaluru, India.....Harshitha was missing from four days, was allegedly raped and murdered by her neighbour. After getting foul smell from the neighbour house, the locals alerted police and they recovered the decomposed body of Harshita under the bed. ....Picture Supplied by : Cover Asia Press (Credit Image: © Cover Asia Press/Cover Asia via ZUMA Press) 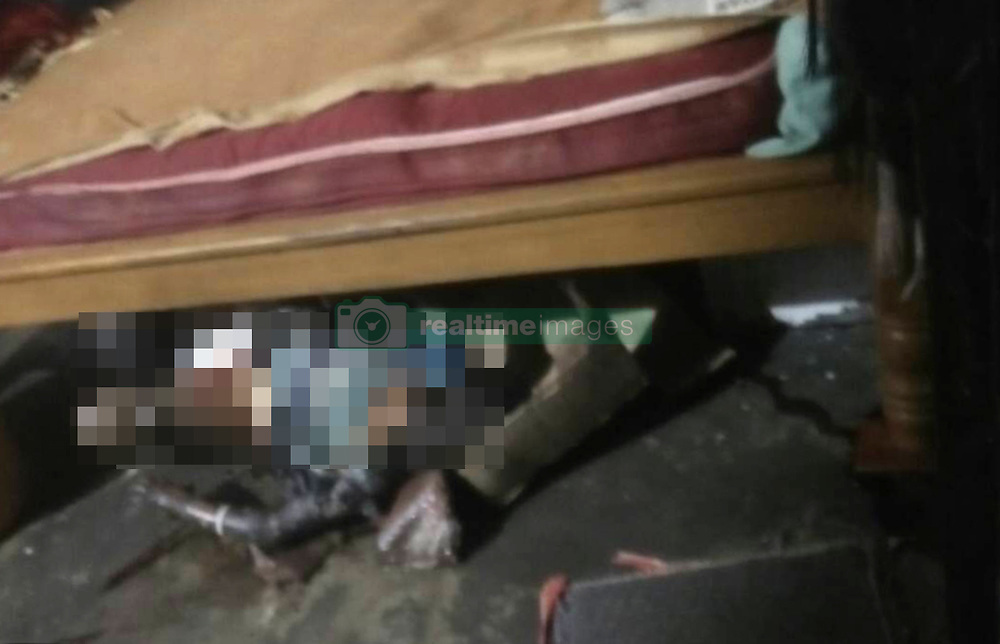