June 9, 2017 - London, UK - London, UK. 9th June 2017. After election results showed that no party had a majority, protesters came to Westminster to demand that Theresa May resign. She is intending to stay on and try and govern, relying on votes from the Ulster protestant extremist DUP party, linked to loyalist paramilitaries. Avaaz brought a person with a large caricature head Of Theresa May to Downing St to pose in front of a banner 'The People Have Spoken' and lay white roses in front of a gravestone with the message 'Hard Brexist R.I.P 2016-2017'. Peter Marshall Images Live (Credit Image: © Peter Marshall/ImagesLive via ZUMA Wire) 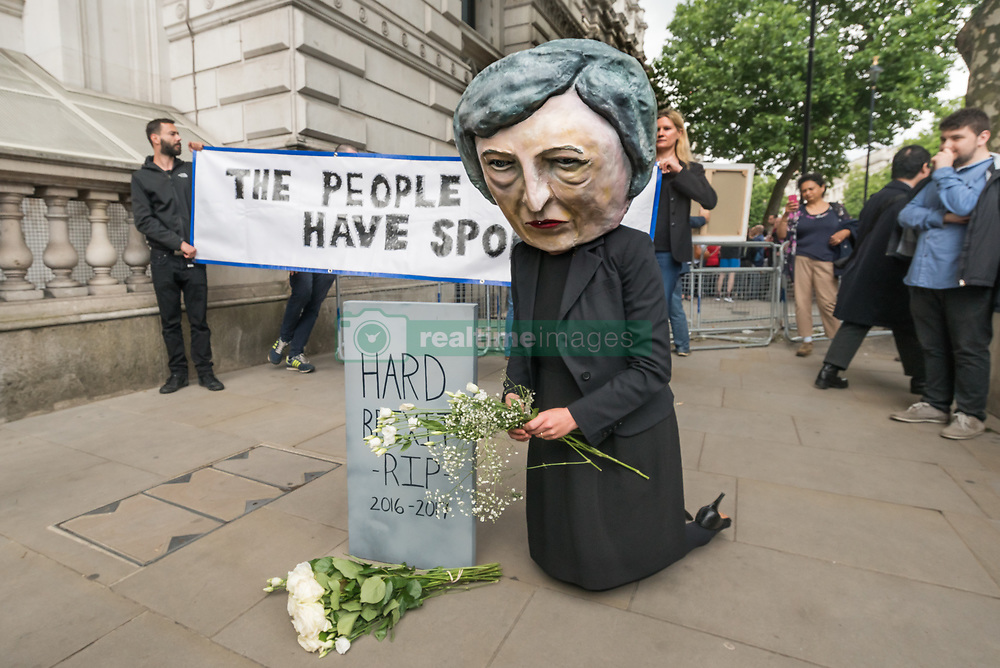