March 22, 2019 - Qalqilya, West Bank, 22th March 2019. Cashes occur between Palestinian demonstrators and the Israeli army in the West Bank town of Kafr Qaddum. Since 2003, the road between Kafr Qaddum and Nablus has been blocked to Palestinians and left open only to Israeli settlers and the Israeli army although an Israeli court ruled the roadblock illegal. The roadblock makes it impossible for Palestinians to reach their farmlands by car and lengthens the distance to Nablus of 14 Km. Up until 2013 Israel has confiscated 2,031 dunums of Kafer Qaddum agricultural land for the nearby Israeli settlements of Kedumim Zefon, Jit, and Giv'at HaMerkaziz, which are all part of the main Kedumin settlement. Weekly Friday demonstrations have been held since July 2011 to demand the reopening of the road to Nablus and against the expansion of the Kedumin settlement. Israeli settlements in the West Bank have been built and extended in contravention of international law (Credit Image: © Mohammed Turabi/IMAGESLIVE via ZUMA Wire) 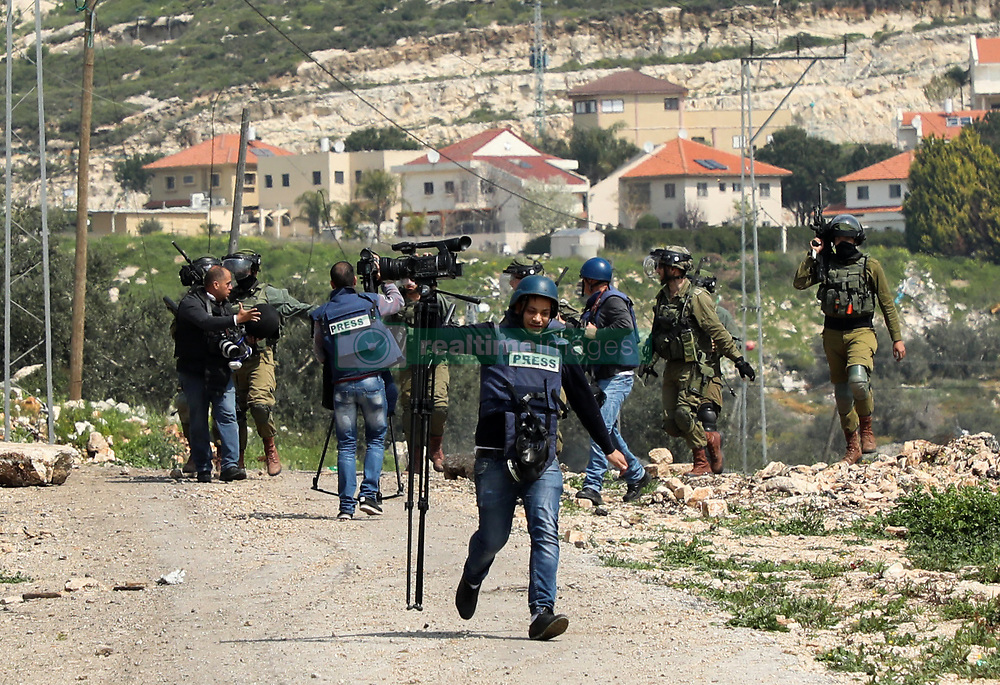