Chris Hemsworth films a sequence with stunt double Bobby Holland Hanton on the set of Thor: Ragnarok in Australia 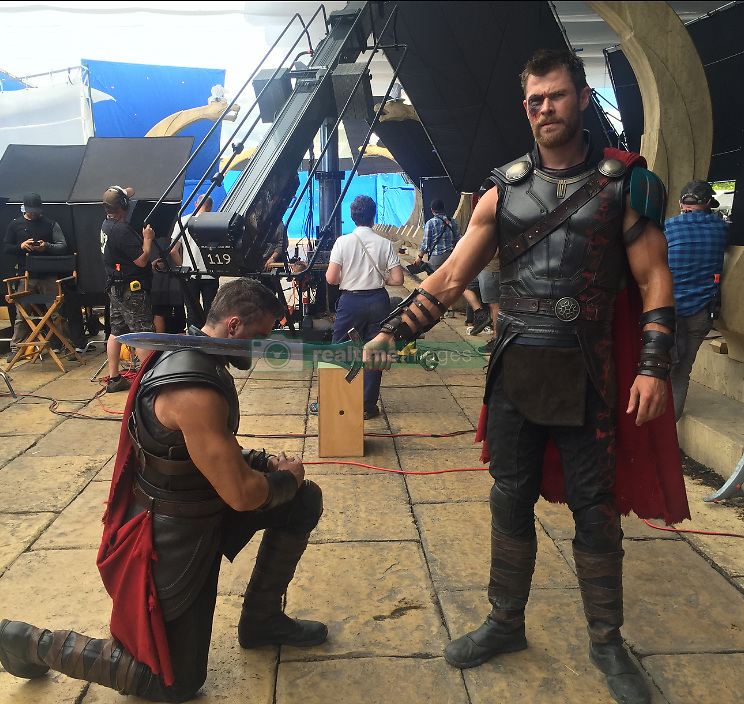