July 14, 2015 - Charlottesville, Virginia, United States of America - Donald Trump, a candidate for the 2016 Republican nomination for President of the United States, arrives via helicopter at the Albemarle Estate at the Trump Winery in Charlottesville, Virginia on Tuesday, July 14, 2015. Trump was in Virginia to appear at the ribbon cutting for the new business venture..Credit: Ron Sachs / CNP. (Credit Image: © Ron Sachs/CNP/ZUMAPRESS.com) 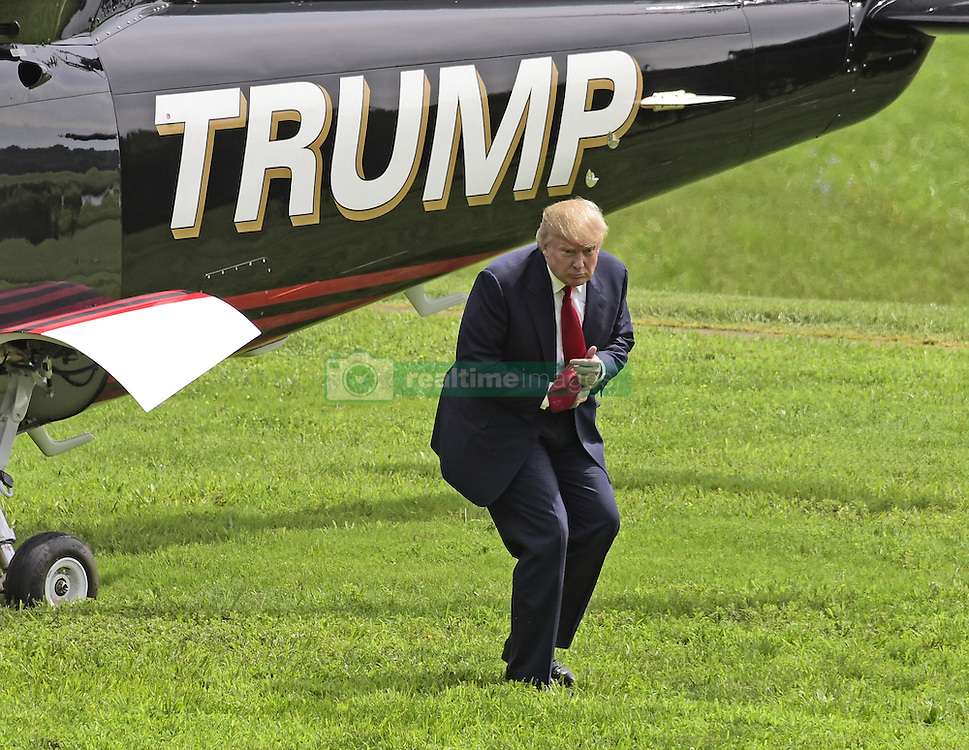