July 5, 2018 - Gaza, Palestine - A Palestinian woman screams during the farewell of the martyr in his home in the neighborhood of Shujaiya.Farewell and funeral ceremony hosted for the martyr Mahmoud Majid Al-Gharabli, a 16 years old boy from the Shujaiya neighborhood, east of Gaza City, who died from live bullets in the head during the demonstrations east of Gaza City against the Israeli forces. (Credit Image: © Ahmad Hasaballah/SOPA Images via ZUMA Wire) 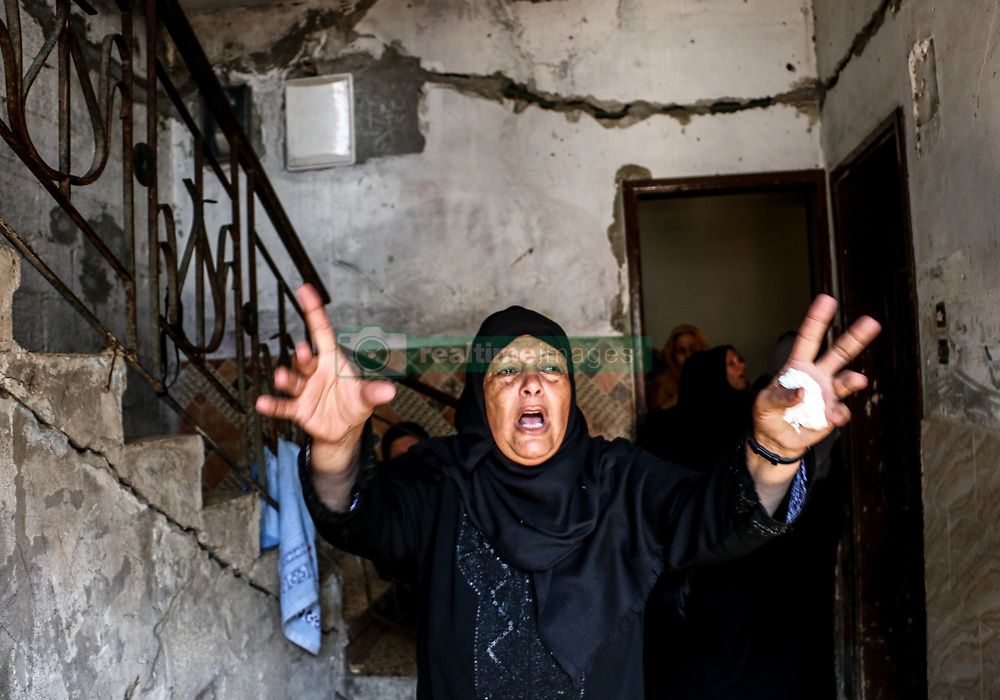