June 22, 2017 - London, United Kingdom - London firefighters pause to look and read messages on the flowers for dead at Grenfell Town in West London, the tower caught fire on June 14th, where Seventy-nine people are believed to have died after a huge fire engulfed the tower block. Theresa May announced today that there could be six hundred high-rise buildings that have cladding similar to Grenfell Tower as Theresa May reveals panels on three blocks have already been assessed as 'combustible' (Credit Image: © Andrew Parsons/i-Images via ZUMA Press) 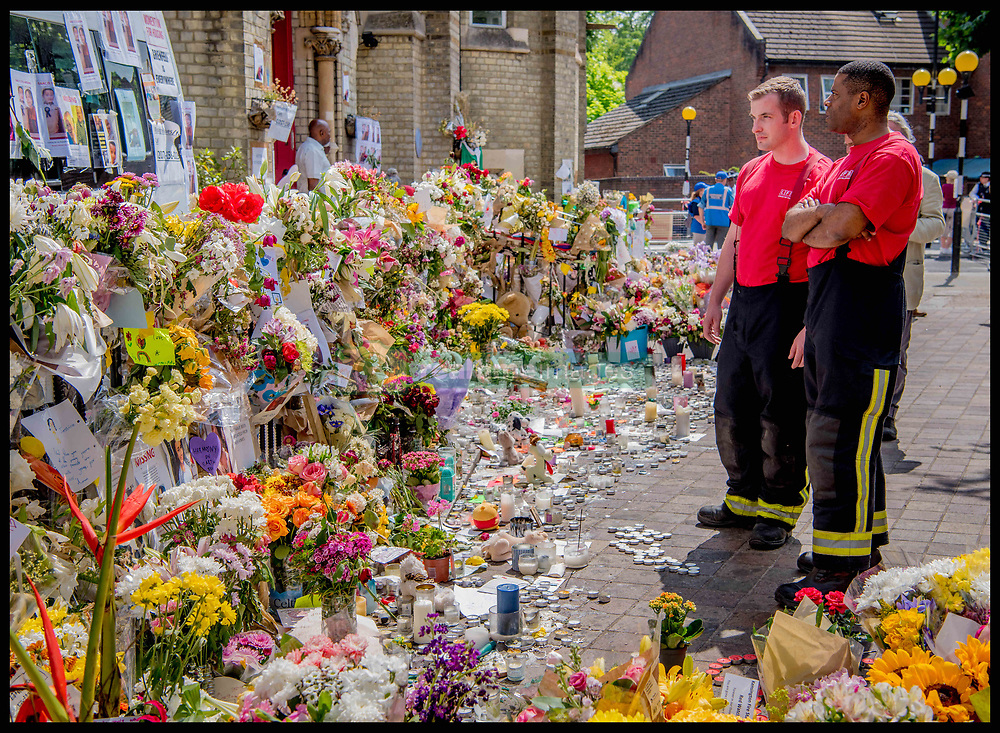