File photo dated January 20, 2009 of U.S. President Barack Obama and Vice President Joe Biden shake hands after taking the Oath of Office from Supreme Court Chief Justice John Roberts to become the 44th U.S. President and the first African-American elected, during the Inauguration ceremonies on Capitol Hill in Washington, D.C., USA. Former President Barack Obama endorsed Joe Biden, his two-term vice president, on Tuesday morning in the race for the White House. Choosing Joe to be my vice president was one of the best decisions I ever made, and he became a close friend. And I believe Joe has all the qualities we need in a president right now, Obama said in a video posted to Twitter. Photo by Douliery/Hahn/ABACAPRESS.COM 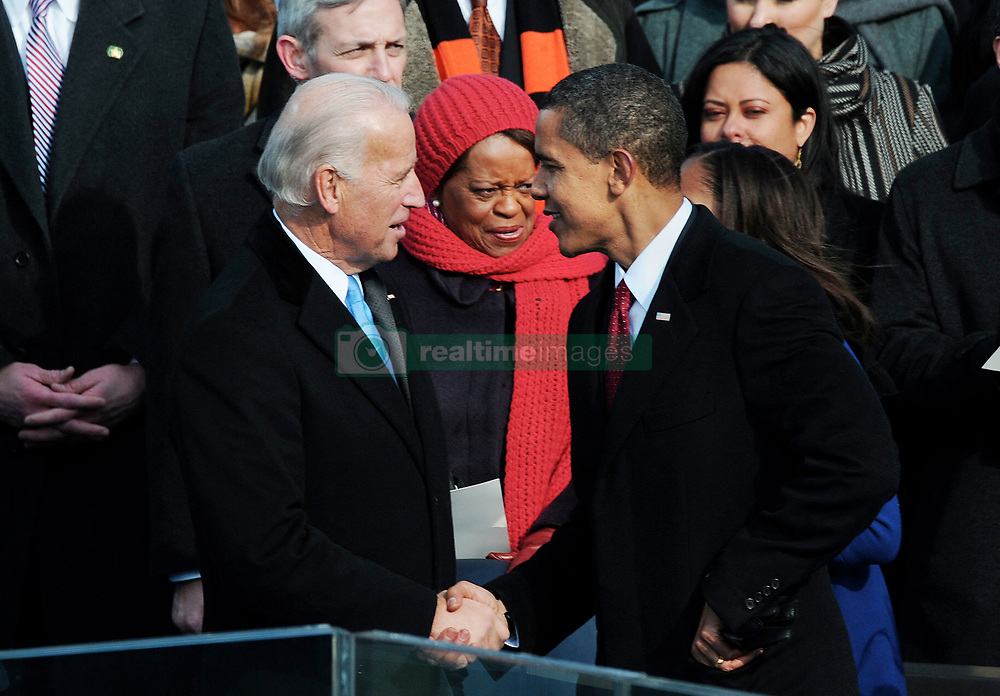