April 25, 2017 - London, UK - London, UK. 25th April 2017. Security officers at the University of London picket outside Senate House on the first day of their 2-day strike. Their employer Cordant has failed to honour an agreement with the university to increase their pay in line with other university employees, and they have fallen behind by around 25%. A letter to the managers and a meeting with them was met by the cancellation of all holidays, even those already agreed for the next 2 months. The officers in the IWGB union voted 100% for strike action calling for no zero-hours contracts, proper payslips for all and for the .University of London to honour its promises on pay. Peter Marshall Images Live (Credit Image: © Peter Marshall/ImagesLive via ZUMA Wire) 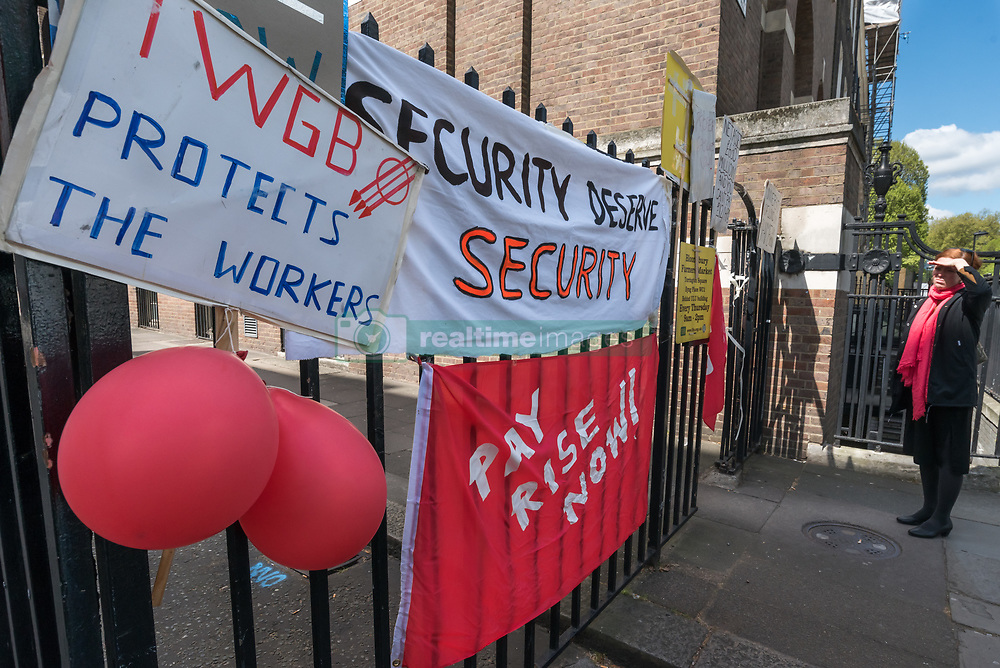