July 29, 2017 - London, UK - London, UK. 29th July 2017. Weyman Bennett of Stand Up to Racism introduces the protst at Stoke Newington Police Station for Rashan Charles, who died when two police handcuffed him and held him on the floor at a shop on the Kingsland Rd in the early hours of Saturday 22nd July. His family are determined to get answers about his death but call for everyone to act within the law. Members of the Charles family came to the protest along with family of Edson da Costa, who died after arrest in East Ham in June. Protesters held pictures the two men and Darren Cumberbatch, who died earlier this month after arrest in Nuneaton. Independent charity Inquest say that Rashan Charles was the 1,619th person to have died in contact with the police since 1990. Peter Marshall ImagesLIve (Credit Image: © Peter Marshall/ImagesLive via ZUMA Wire) 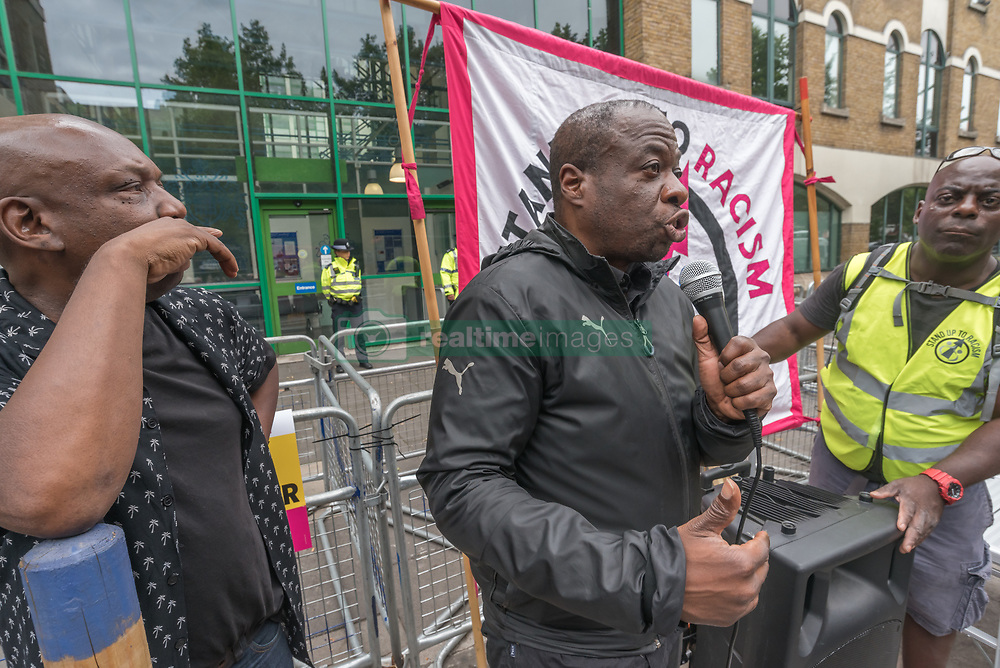