PRETORIA, Oct. 20, 2016 (Xinhua) -- Protesters wave their fists outside the Union Buildings, the official seat of the?South African government, in Pretoria, on Oct. 20, 2016. The latest wave of student protests has continued for weeks since universities were given the green light by the government last month to raise tuition fees, provided that it does not exceed eight percent.?Students are demanding zero-percent fee increase and pressing the ruling African National Congress to live up to its promise to provide free education by 2016. (Xinhua/Zhai Jianlan) (Credit Image: Â© Zhai Jianlan/Xinhua via ZUMA Wire) 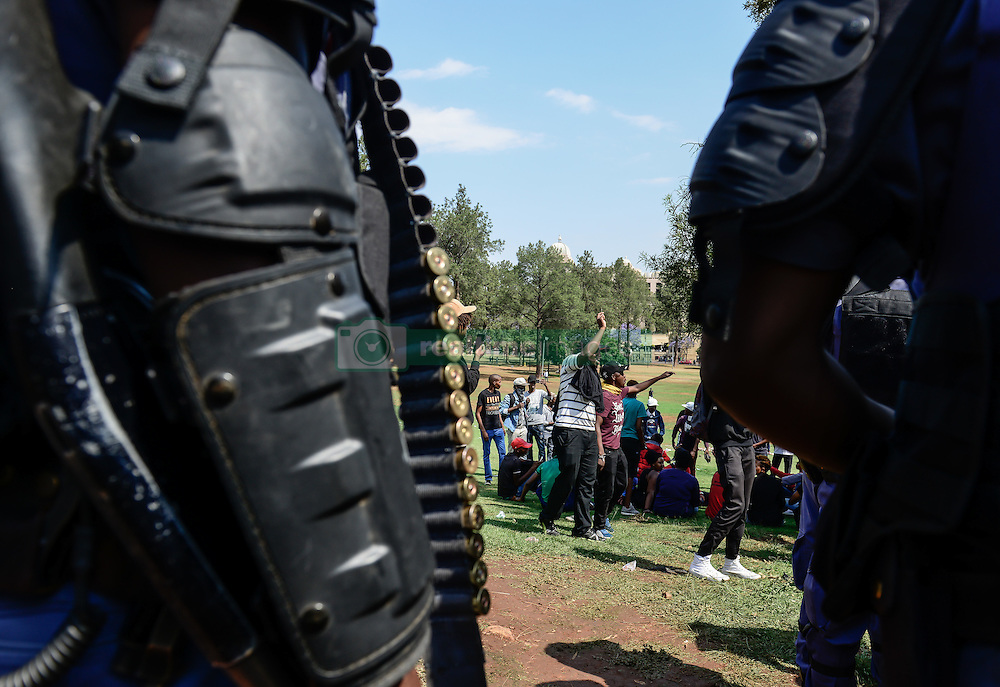