September 15, 2016 - Paris, France - A man bleeds after being injured following clashes with French riot police during a demonstration against the controversial labour reforms of the French government in Paris on September 15, 2016...Opponents of France's controversial labour reforms took to the streets on September 15, 2016 for the 14th time in six months in a last-ditch bid to quash the measures that lost the Socialist government crucial support on the left. Scores of flights in and out of France were cancelled as air traffic controllers went on strike to try to force the government to repeal the changes that became law in July. GEOFFROY VAN DER HASSELT. (Credit Image: © Geoffroy Van Der Hasselt/NurPhoto via ZUMA Press) 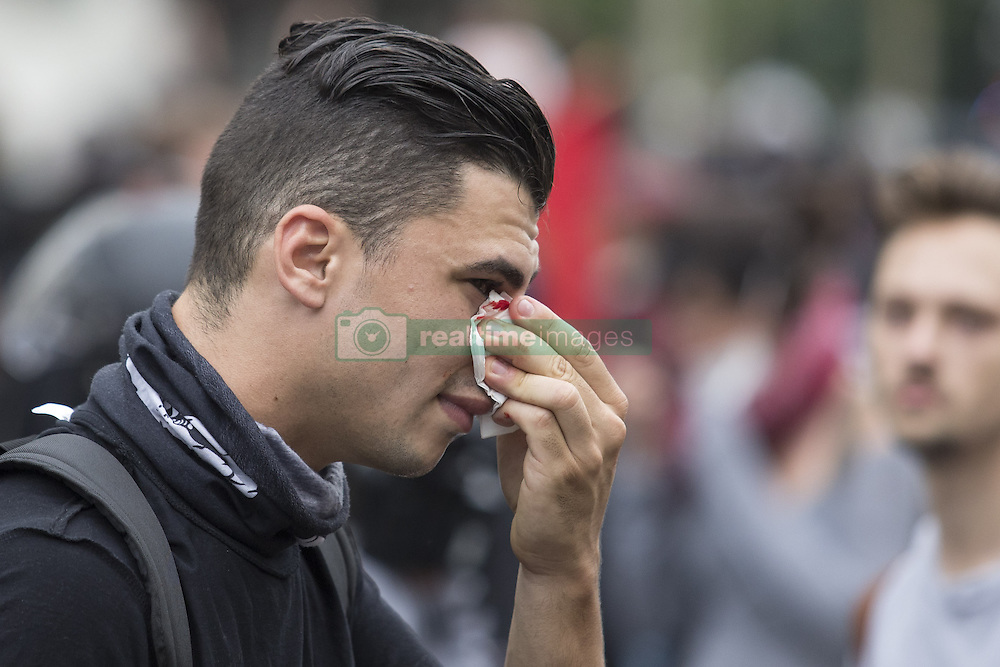