November 20, 2018 - Philadelphia, Pennsylvania, US - A woman attending a â€œWe The Peopleâ€ rally in Philadelphia smiles as a man waves an American flag at counter-protesters including anti-fascist or â€œAntifaâ€ members on November 17th. The rally organizers said the demonstration was for militias members, gun lovers and patriots, though the event also drew some members of the â€œProud Boys,â€ which the Southern Poverty Law Center has designated as a hate group. (Credit Image: © Miguel Juarez Lugo/ZUMA Wire) 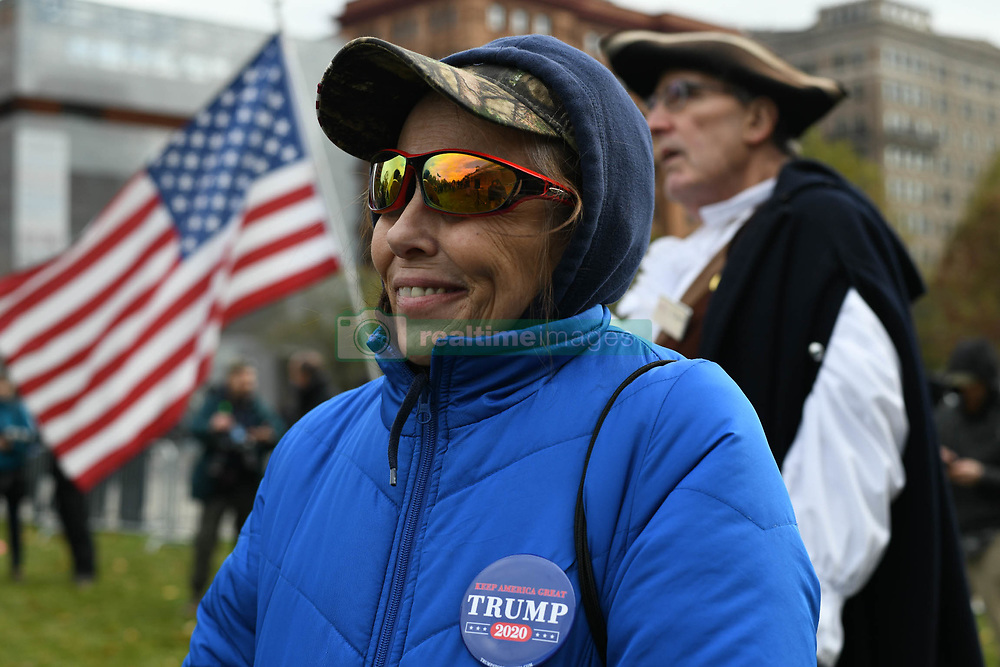