April 6, 2012 - Washington, District of Columbia, United States of America - Washington, DC. Dec. 1990.First Lady Barbara Bush plays Santa's helper with her gradchildren at the White House during the Christmas season. .Barbara Pierce Bush (born June 8, 1925) is the wife of the 41st President of the United States, George H. W. Bush, and served as First Lady of the United States from 1989 to 1993. She is the mother of the 43rd President, George W. Bush and of the 43rd Governor of Florida, Jeb Bush. Previously she had served as Second Lady of the United States from 1981 to 1989..Barbara Pierce was born in New York, New York, attended Rye Country Day School from 1931 to 1937, and is an alumna of Ashley Hall School in Charleston, South Carolina. She met George Herbert Walker Bush at age 16, and the two married in 1945, while he was on leave during his deployment as a Naval officer in World War II. They would have six children together. The Bush family soon moved to Midland, Texas; as George Bush entered political life, Barbara raised their children..As wife of the Vice President and then President, Barbara Bush has supported and worked to advance the cause of universal literacy. She founded the Barbara Bush Foundation for Family Literacy while First Lady. Since leaving the White House, she has continued to advance this cause..Credit: Mark Reinstein (Credit Image: © Mark Reinstein via ZUMA Wire) 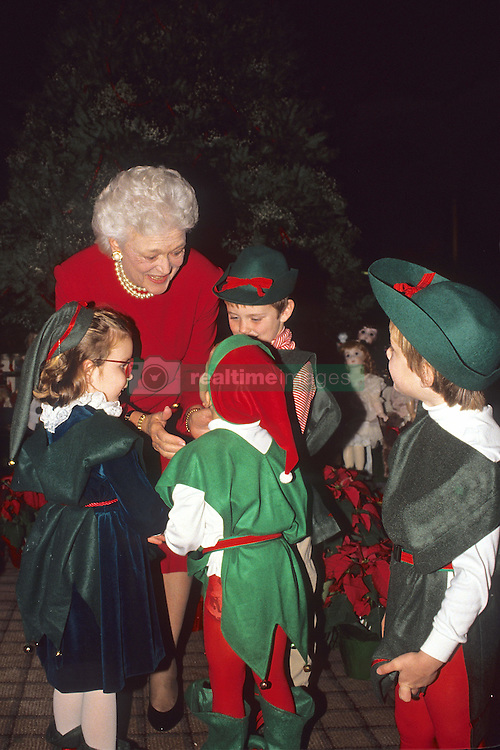