December 27, 2016 - File - CARRIE FRANCES FISHER (October 21, 1956 - December 27, 2016) was an American actress, screenwriter, author, producer, and speaker. She was known for playing Princess Leia in the Star Wars films. Fisher was also known for her semi-autobiographical novels, including Postcards from the Edge, and the screenplay for the film of the same name, as well as her autobiographical one-woman play, and its nonfiction book, Wishful Drinking, based on the show. Her other film roles included Shampoo (1975), The Blues Brothers (1980), Hannah and Her Sisters (1986), The 'Burbs (1989), and When Harry Met Sally (1989). Pictured: RELEASE DATE: December 18, 2015.TITLE: Star Wars: Episode VII - The Force Awakens.STUDIO: Lucasfilm.DIRECTOR: J.J. Abrams.PLOT: Three decades after the defeat of the Galactic Empire, a new threat arises. The First Order attempts to rule the galaxy and only a ragtag group of heroes can stop them, along with the help of the Resistance.PICTURED: Leia (Carrie Fisher) and Han Solo (Harrison Ford).(Credit Image: © Lucasfilm/Entertainment Pictures/ZUMAPRESS.com) 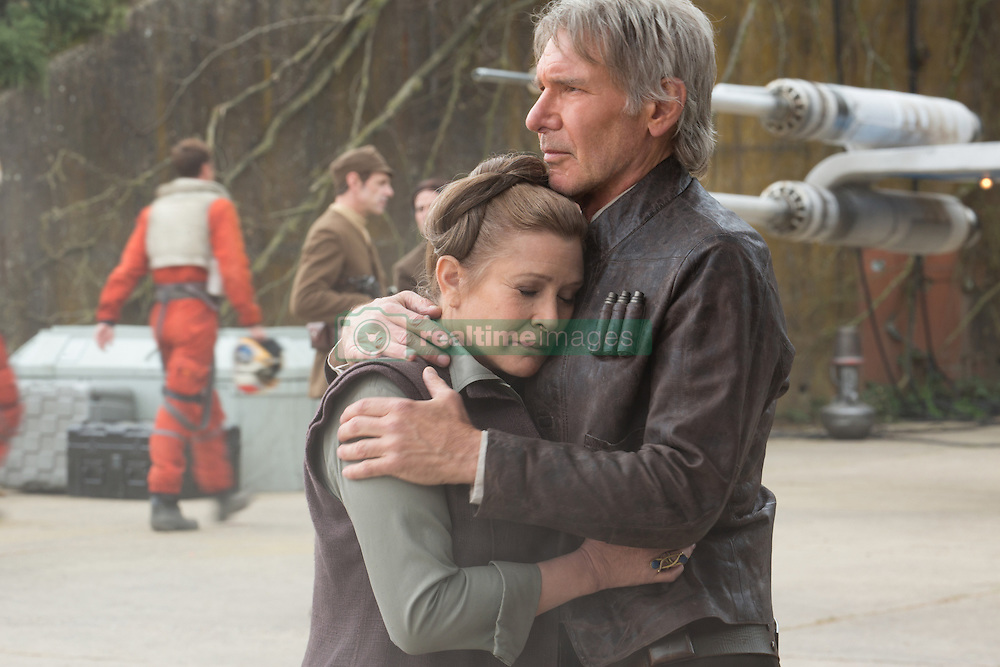