July 25, 2018 - Lahore, Punjab, Pakistan - Voters casts their vote while Military officials and polling staff watch at a polling station during Pakistan's general election in Lahore on July 25, 2018. Pakistanis are voting today in a closely fought election that will determine the course of the nuclear-armed nation central to U.S. anti-terrorism efforts and Chinas global infrastructure ambitions. Pakistanis voted July 25 in elections that could propel former World Cup cricketer Imran Khan to power, as security fears intensified with a voting-day blast that killed at least 28 after a campaign marred by claims of military interference. Polling began at 8AM and will conclude, without any break, at 6PM across the country's 85,307 polling stations, of which 17,007 have been declared highly sensitive. (Credit Image: © Rana Sajid Hussain/Pacific Press via ZUMA Wire) 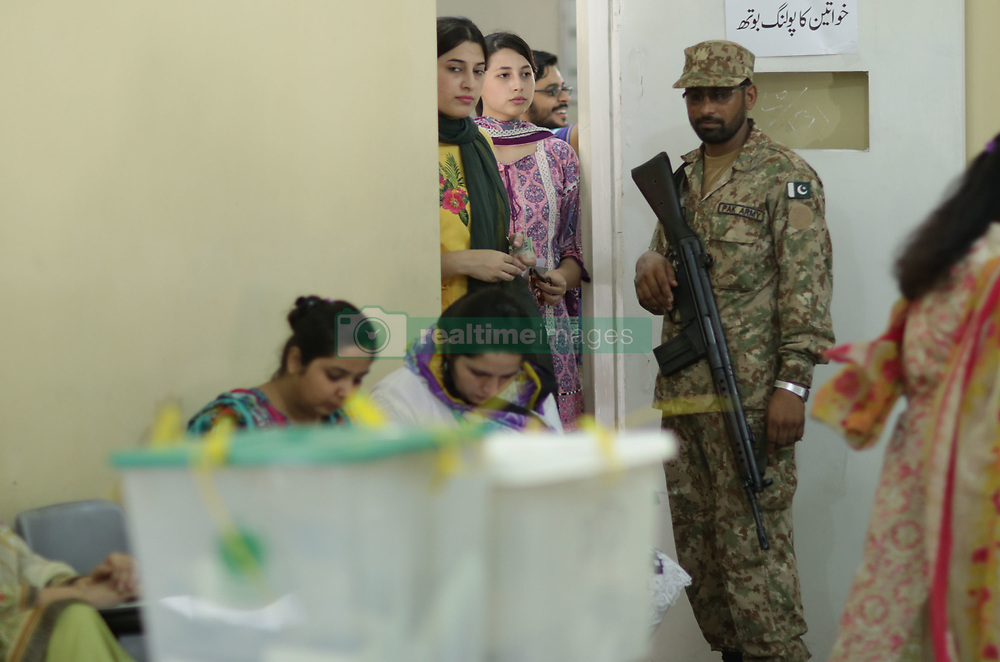