March 21, 2019 - Lahore, Punjab, Pakistan - Pakistani Hindu community throwing colours to each other to celebrate their religious festival Holi the Spring Festival of Colors at a temple (Karishna Mandir) in Lahore. Holi marks the beginning of spring and the triumph of good over evil. Festivities include the throwing of colourful paint, powder and water on people. Holi observed in Pakistan at the end of the winter season on the last full moon of the lunar month. Hindus across the world and the provincial capital are celebrating Holi, a two-day religious festival. Special gatherings have been organised at various temples to celebrate the festival which began on March 20 and will end on March 21 (today).Known as the â€˜festival of coloursâ€™, people from the Hindu community celebrate Holi by throwing coloured powder at each other and by exchanging gifts. Further, a great many gatherings are also arranged in homes while sweets are also distributed among revelers. (Credit Image: © Rana Sajid Hussain/Pacific Press via ZUMA Wire) 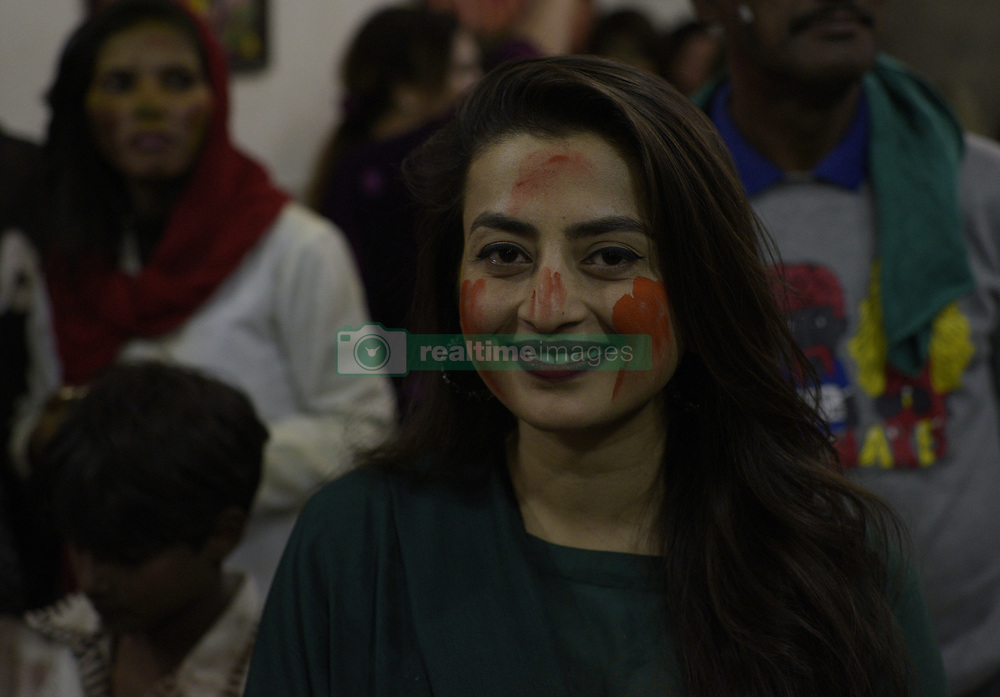