May 31, 2017 - Minneapolis, Minnesota, U.S. - PATRICK GREFFIN, of Minneapolis, left, and VIRGIL BLACKLANCE, from the Lower Sioux Indian Reservation, visited the site of a protest near Sam Durant's 'Scaffold' sculpture. A group of Dakota tribal elders met Wednesday with officials from the Walker Art Center and the Minneapolis Park Board to discuss the controversial 'Scaffold' sculpture. On December 26, 1862 on the day after Christmas, 38 Dakota (Santee Sioux) were put to death by hanging. The deaths were ordered by President Abraham Lincoln, the Great Emancipator. The hangings were the result of the Dakota War of 1862, which terminated the rights of Dakota people from living in Minnesota at that time. (Credit Image: © Aaron Lavinsky/Minneapolis Star Tribune/ZUMAPRESS.com) 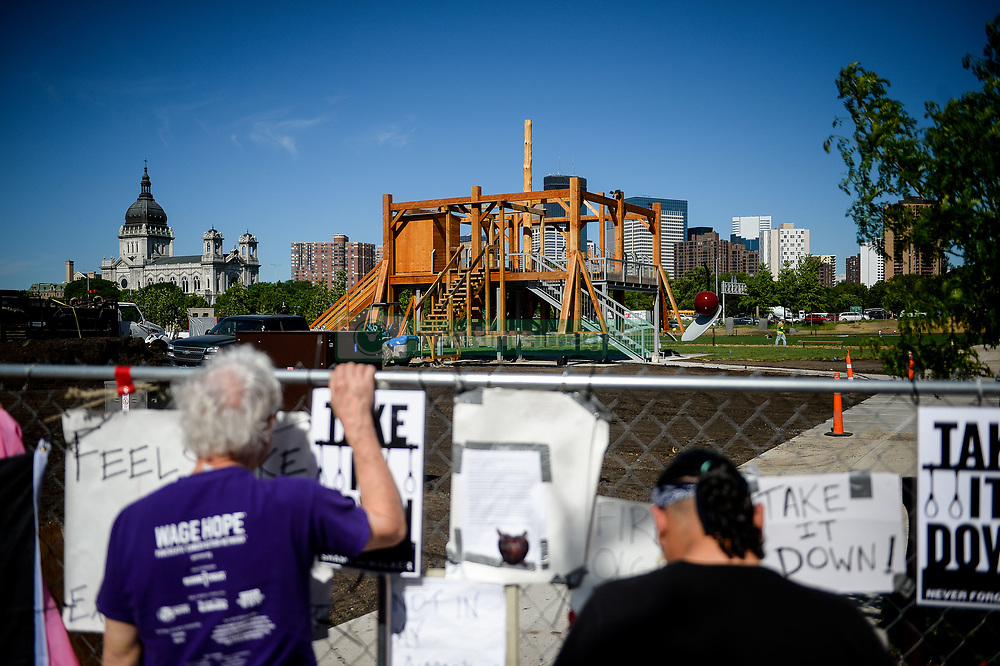