April 25, 2018 - FILE - An Indian spiritual guru who claims to have millions of followers worldwide has been found guilty of rape. A court in the northern city of Jodhpur ruled that ASARAM BAPU raped a 16-year-old girl in 2013 at his ashram there. He is likely to appeal against the verdict in a higher court. The guru, who is 77, has 400 ashrams around the world where he teaches meditation and yoga. PICTURED: Sep. 3, 2013 Jodhpur, India - Asaram Bapu is escorted away for court after sentencing. Authorities charged the 72-year old guru with raping a 16-year-old schoolgirl at one of his ashrams, or religious centers, in August. (Credit Image: © Xinhua via ZUMA Wire) 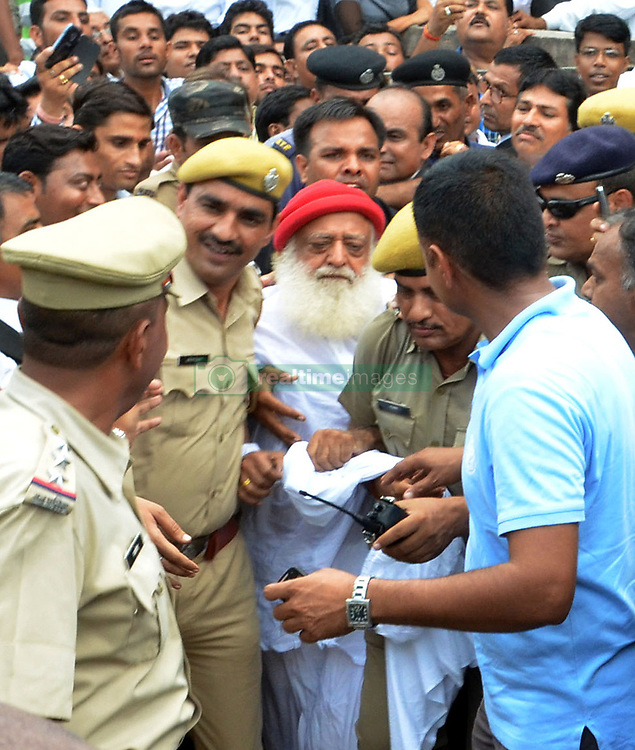