August 8, 2017 - Chicago, Illinois, USA - Chicago Mayor Rahm Emanuel in front of the Picasso sculpture addresses the crowd gathered for the rededication ceremony. The iconic sculpture designed by Pablo Picasso was rededicated 50 years after its unveiling. This was Picasso's first large scale sculpture created for a city in the U.S. He gave it as a gift to the City which he had never visited. (Credit Image: © Karen I. Hirsch via ZUMA Wire) 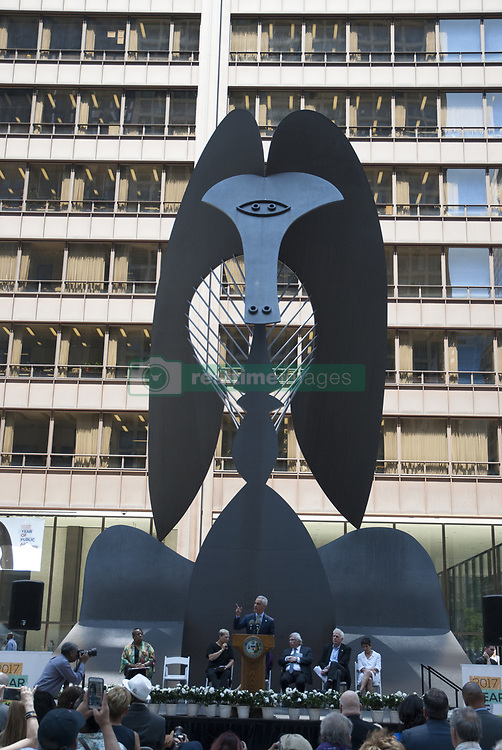