*PREMIUM EXCLUSIVE NO WEB UNTIL 3PM EDT MAY 5* The photos surfaced as an unnamed industry videographer who worked closely with Meghan Markle before she met her husband Prince Harry revealed she was already called 'princess' because of her 'difficult' and 'demanding' behavior on set. According to the professional cameraman, Meghan would bring a large entourage with her on set and laid down a strict set of rules – including not to shoot her feet.The 38-year-old's feet became a hot topic of conversation after she took off her shoes during a royal tour in New Zealand in 2018, revealing what some thought was a scar from a bunion-removal operation. Meanwhile lifestyle photographer Tommy Mendes, who took the shots in 2015, said Meghan was 'intense', turned up with a 12-strong entourage and seemed like a woman 'on a mission'. In the images, Meghan appears very business like in a series of smart and stylish outfits appropriate for the office. Mendes, 44, who now is a managing partner at popular Bar Belly in Manhattan, shot Meghan for the now defunct New York lifestyle website The Aesthete in 2015, before she had met the prince. 'She was an intense person for sure,’ he said. 'When you go to a photoshoot it's usually just a couple of people, but she had like 12 people with her there. Her own make-up, people like that. It was a little bit unusual. 05 May 2020 Pictured: Meghan Markle. Photo credit: MEGA TheMegaAgency.com +1 888 505 6342 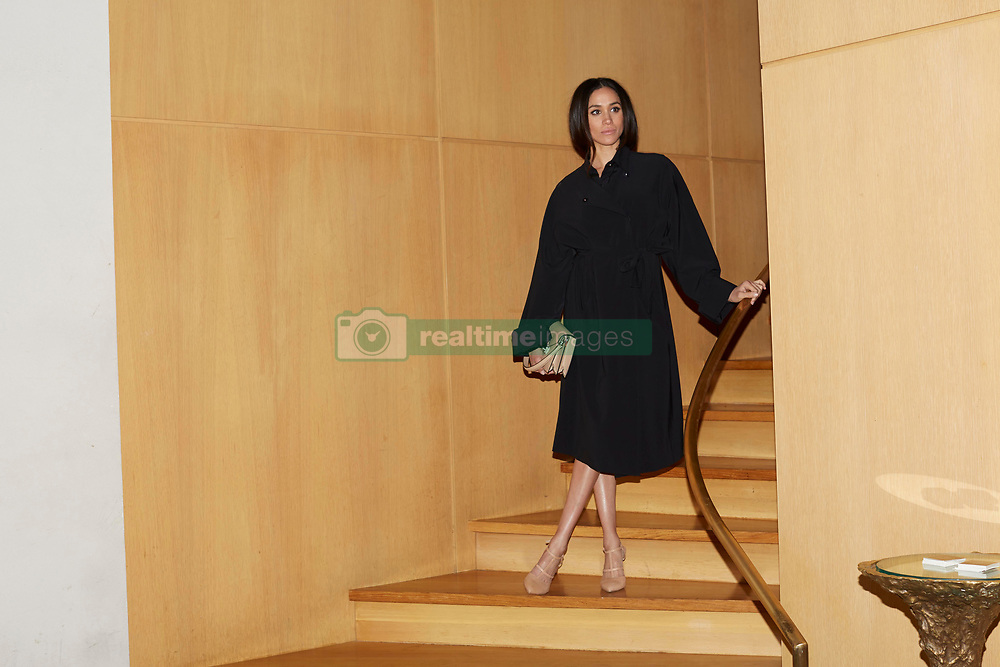