EXCLUSIVE: Brad Pitt filming the Quentin Tarantino movie 'Once Upon a Time in Hollywood' in Los Angeles. Pitt is seen jumping from the window of a vintage Cadillac, being carried on the back of a flatbed trailer. In one shot, he is smiling as he attempts to get his footing on some rocks on the ground. The movie also stars Leonardo DiCaprio and Margot Robbie and is set to be centered around the Manson Family murders. Robbie stars as actress Sharon Tate next to DiCaprio as Rick Dalton, the former star of a western TV series, and Pitt as his longtime stunt double Cliff Booth. 11 Sep 2018 Pictured: Brad Pitt, Quentin Tarantino. Photo credit: MEGA TheMegaAgency.com +1 888 505 6342 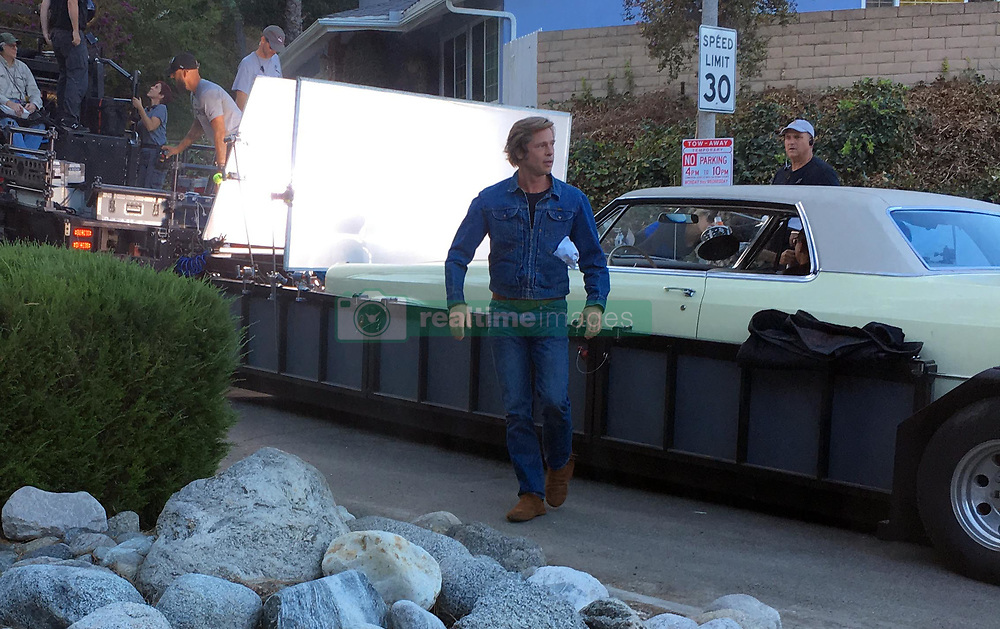