April 29, 2019 - Srinagar, Kashmir, India - People stand in a queue to cast their votes outside the polling station during the second leg of the three-phased voting schedule for the Lok Sabha seat fourth phase of the election in south Kashmir's Kulgam. India's general election which began on 11 April will continue till 19 May 2019 to constitute the 17th Lok Sabha. The counting of votes will be conducted on 23 May, and on the same day the results will be declared. (Credit Image: © Faisal Khan/NurPhoto via ZUMA Press) 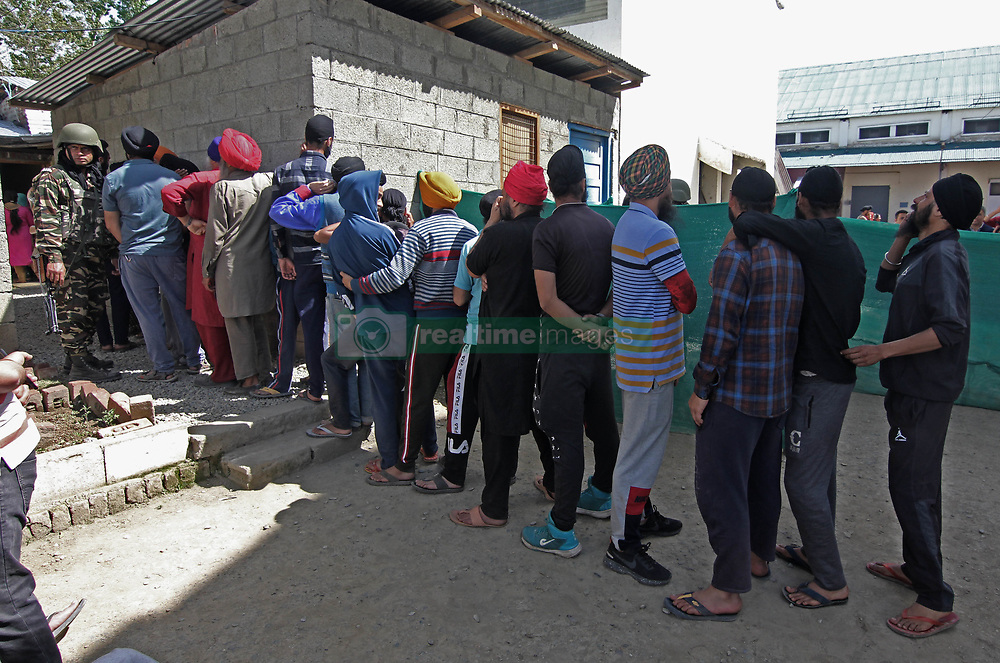