September 29, 2018 - Barcelona, Catalonia, Spain - Catalan riot police seen standing against pro-independence protesters in Barcelona during the protest..Clashes between pro-independence protesters and Catalan riot police during the protest of the JUSAPOL Police Syndicate that was in Barcelona demonstrating for wage equality and tribute to the National Police that prevented the referendum of 1 October. (Credit Image: © Ramon Costa/SOPA Images via ZUMA Wire) 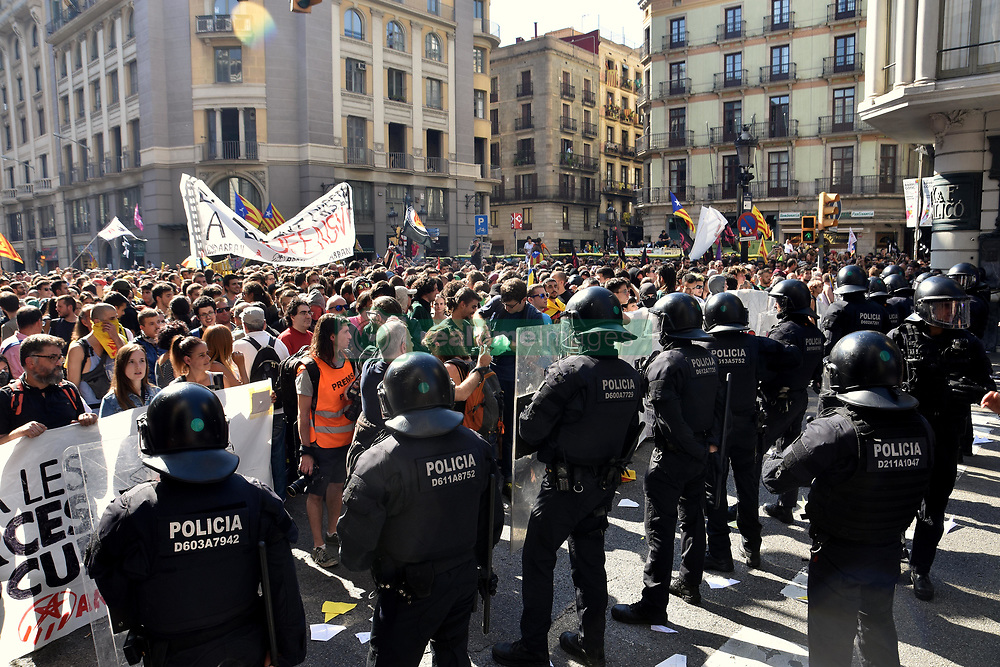