August 26, 2017 - New York City, New York, United States of America - Gay Liberation Monument in Stonewall Park, NYC. American and Pride flags together across from the Stonewall Inn. Dozens demonstrated for Kiwi Herring, a 30 year old trangender woman that was shot and killed by St. Louis police after a call from a neighbor. The demonstration eventually became a march that snaked through lower Manhattan, making stops at restaurants to deliver the message to the patrons. At least one verbal altercation transpired. The family of Herring alleges that she was the victim of long-term harassment by a â€œhomophobicâ€ neighbor, while the police allege that she held a knife and injured at least one officer with it. Prior to the fatal incident, there was another knife incident on the premises involving Herring and a neighbor. ..Currently, police are investigating and if non-lethal methods were used before the fatal shooting. The Human Rights Campaign, a gay rights NGO, has stated that this is the 18th transgender killing this year, with nearly all the victims being people of color, and nearly all having been black. Furthermore, just one day prior, Trump signed the bill banning transgender people from serving in the military. (Credit Image: © Sachelle Babbar via ZUMA Wire) 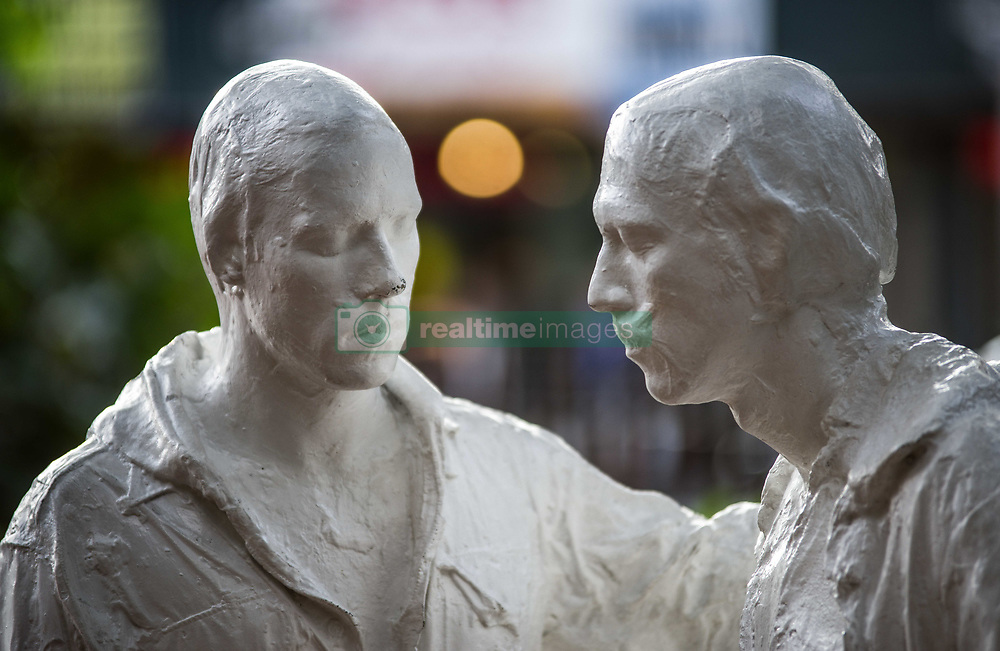